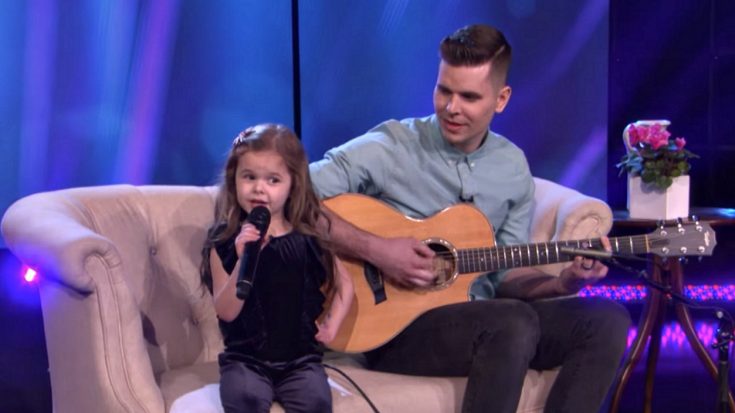 Claire Ryann was only 3-years old when she and her dad, Dave, recorded their first viral video, a cover of “Part of Your World” from Disney’s The Little Mermaid. In the two years since, she’s recorded numerous covers of other Disney classics including “See The Light” from Tangled, “Beauty and the Beast” from the movie of the same name and “You’ve Got a Friend in Me” from Toy Story.

The duo’s viral status earned them numerous appearances on The Ellen Show and a massive social media following.

During their latest appearance on Ellen, Dave and Claire steered away from their well-known Disney covers and instead performed “Tomorrow” from the Broadway musical Annie. As Claire continues to grow, so does her voice! Her pitch-perfect rendition of the classic is sure to move you.

Check out Claire Ryann and Dave singing “Tomorrow” in the video below.