By Manly Bryant on December 11, 2017
Advertisement 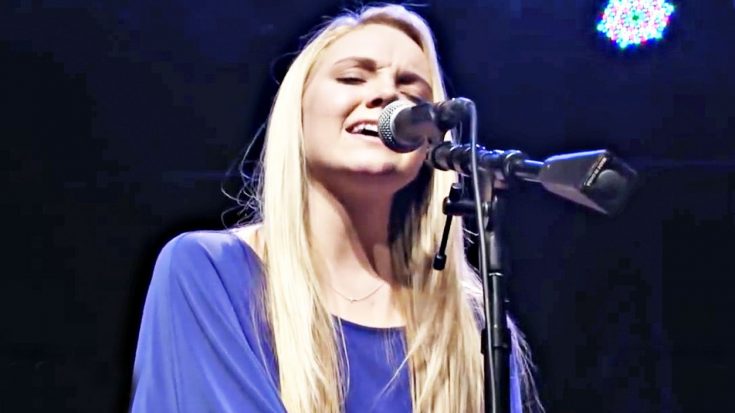 This tender and heart-wrenching ballad finds a new home in the soul of this talented 17-year-old who issues her own version with the precision and delivery normally only found in veteran singers.

This incredible country hit originally released by Sara Evans as the lead single from her album, Stronger, has been covered several notable times and maintains deep roots in pop culture due to these instances.

Evans’ original released hit number one on Billboard’s U.S. Hot Country Songs chart in 2010, and saw subsequent promotion and sales from its inclusion on the soundtrack to Country Strong as covered by Leighton Meester.

Just a couple of years later, then-unknown musical prodigy Danielle Bradbery, appeared on the fourth season of The Voice and sang her own rendition during the quarter-final rounds.

It was this version, and this rising country star who later performed this during an acoustic set at the Girls & Guitars event in 2013. Bradbery, who took home top honors on The Voice, breathed a new wave of emotion and sparkling energy into this hit about overcoming heartbreak.

No matter if you’ve heard Bradbery sing this tune before, this performance is one you won’t want to miss!