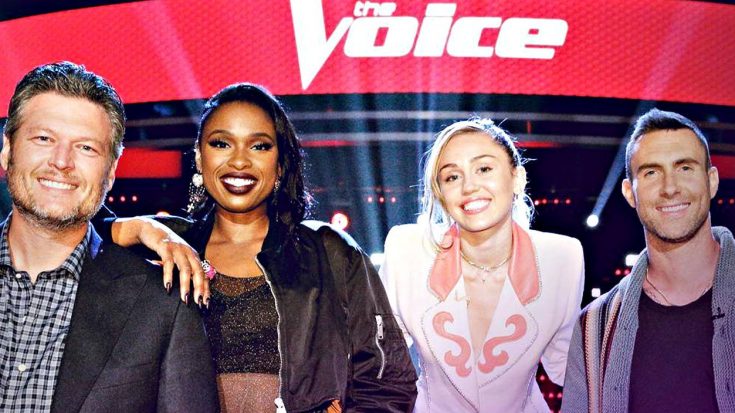 The Voice may be just a singing competition, but the relationships built there are real. In fact, many contestants are away from their families for days on end and often walk away from jobs and other commitments to pursue their dream of being on the popular show. As a result, the competitors, cast, crew and coaches become like family.

Such was the case for coach Miley Cyrus and her protege Janice Freeman. The two became close friends throughout Freeman’s run on The Voice. When Freeman was eliminated from Season 13 just prior to the semi-finals, Cyrus’s tears flowed.

‘If anybody deserves to stick around in this competition it is you. You are a fighter, you are a warrior, you are a role model and, more than any of that, you are The Voice, I am in complete shock, I love you so much,’ she cried.

Freeman, a 32-year old cancer survivor, reciprocated those feeling saying, “Miley, you have been the best thing that has ever happened to me, in my entire life, and I appreciate you. You will have a friend for life and anything that you need from me, I am here, so thank you for what you have given me.”

In an emotional video shared on Instagram, Freeman revealed that Miley gave her the ultimate Christmas gift….a roof over her head.

“Miley, you are my dog, my best friend and I will defend you to the bitter end,” Freeman said in the Instagram Live video. “I’m telling you all, that woman is no joke. Not only did she do that, she put me and my family in a wonderful two-bedroom apartment until I found something. You don’t understand that these people are real, her heart is so true.”

Janice Freeman has revealed that Miley paid for an apartment for Janice and her family to live in, so they could have a stable place to live while finding a permanent home. Miley is an absolute angel with a heart of gold ❤️ pic.twitter.com/lZPJo1S1kx

Freeman went into more detail on Twitter saying, “She found us placement until we found permanent housing, gave me the deposit, covered me for 6 months so I can get on my feet!”