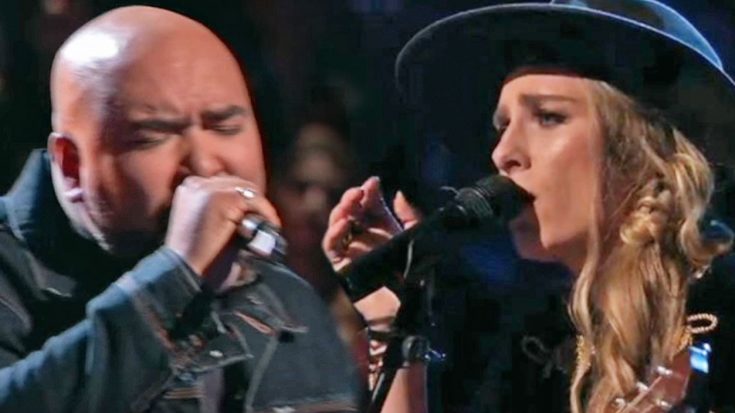 Gwen Stefani forced to make one of the toughest decisions of this season following mind-blowing Knockout Round face-off on Season 12 of The Voice.

Contestant Stephanie Rice kicked off the round with a performance of Taylor Swift‘s Oscar-nominated 2011 hit “Safe & Sound” featuring The Civil Wars. The young singer – who first won the hearts of the nation with her deeply personal performance of Kelly Clarkson‘s “Piece By Piece” – took an emotional approach to her rendition of the song, baring her soul throughout her entire delivery.

While many would have scared after a performance of that stature, fellow member of Team Gwen, Troy Ramey, wasn’t about to go down without a fight. The seasoned singer delivered a stripped-down folksy rendition of Sia‘s “Chandelier.” Following the singer’s intense performance of the heart-wrenching pop song, Stefani had a tough decision to make.

“I feel like it’s almost impossible for me to choose because I relate to both of you in different ways,” Stefani said. “I would say Stephanie, what amazes me about you is your power to be able to deliver your soul to people and connect…I think you’re incredible as an artist. Troy, your voice is so interesting and you have a rhythm to the way you choose to sing…You’re so emotional and then you’re able to have this really big range.”

This will be no doubt one of the toughest decisions Stefani will have to make this season. This battle marks the final round before the contestants enter the live shows, when the contestants’ fate in the competition is handed over to the viewers.

So who do you think won this round? Be sure to watch their performance below and let us know what you think in the comments!