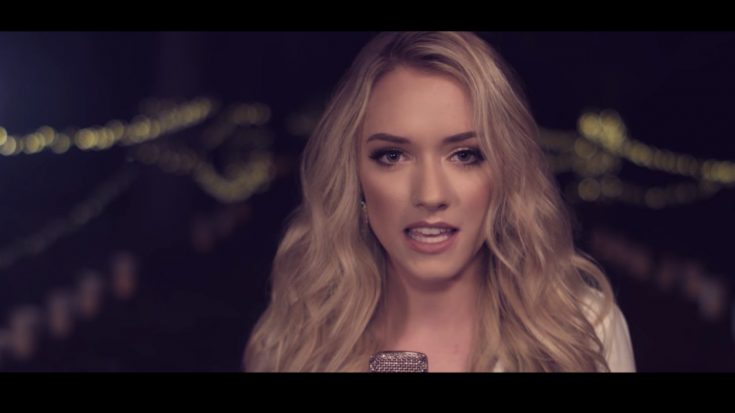 Emily Ann Roberts was still in high school when she competed on Season 9 of The Voice, and her flawless, angelic vocals took her all the way to the finale where she came in second place behind Jordan Smith.

In the months since her Voice journey ended, Roberts has continued to pursue country music and even made her Grand Ole Opry debut earlier this year. Now Roberts has released her first Christmas single, a stunning take of the classic Christmas hymn, “Silent Night.”

Why “Silent Night?” The 19-year old explained her song choice on Facebook, saying, “Christmas to me is so much more than trees, pretty lights, and gifts. Y’all know how important my faith is to me,” Roberts explained. “This song talks about the most precious night when my savior Jesus Christ was born. It’s my most favorite Christmas song because it tells us what Christmas is all about. What everything is all about.”

In the video for the song, it’s clear that Roberts wants viewers to focus on the song’s lyrics and meaning. The no-frills performance shows off the clarity and power in Emily Ann’s voice without distracting from the meaningful lyrics.

Watch the official video for Emily Ann Roberts’ performance of “Silent Night” below.