By Manly Bryant on January 28, 2018
Advertisement 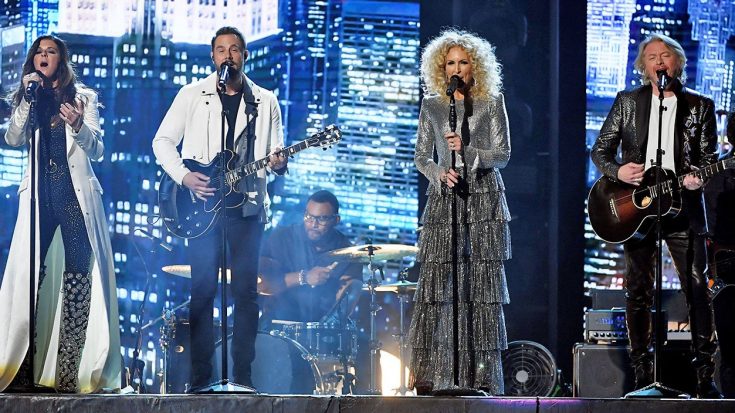 Nominated in all the country music categories, and already winning Best Country/Duo Performance, this wildly talented group brought their voices to one of the biggest nights in music – and they did not disappoint!

Little Big Town, a four-part group that has been roaring across the country charts for years now, just showed everyone at the 60th Annual Grammy Awards what they are made of: grit, determination, and endless talent!

Their riveting performance of “Better Man,” rang out throughout Madison Square Garden in New York as part of the night’s performances, bringing even more recognition to country music as a whole.

This past year, Little Big Town has earned many accolades, awards, and praise for their work on The Breaker – their eighth studio album. The album charted to the No. 1 spot on Billboard’s US Top Country Albums chart and also hit No. 1 in the U.K.

Watch this foursome group of impressive harmonizers bring “Better Man” to life for everyone at the Grammy’s and you’re sure to understand why they’ve become such a fan-favorite group!