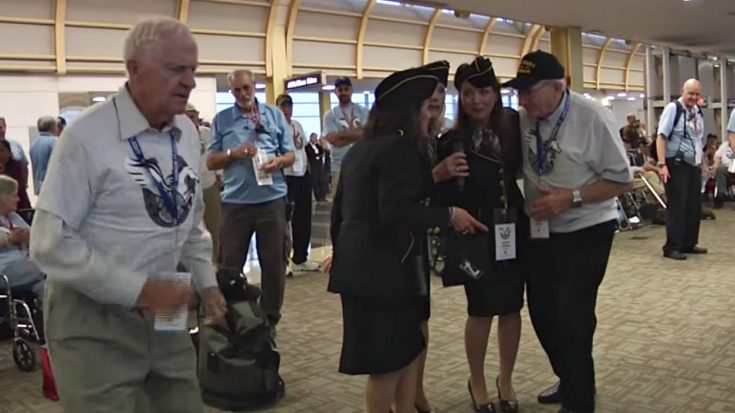 While waiting at Reagan National Airport in Washington, D.C., two World War II veterans proved that age is only a number as they busted out their best dance moves. The vets were in the nations capital as part of an Honor Flight, a service that provides free flights to veterans so that they can tour the war memorials in the nation’s capital.

While the veterans waited to board their return flight home, a group of women known as the Three Ladies of Liberty entertained the vets by singing vintage patriotic tunes including the 1940s Anderson Sisters’ hit “Boogie Woogie Bugle Boy.”

No sooner had the women began singing than one of the veterans got out of his seat and began to dance. Moments later he was joined by another vet who wanted to sing along but was asked to dance by a woman in the crowd. The veterans Marin Perryman and Paul Kopey, both in their 90s at the time, showed off their impressive dance moves, much to the delight of the crowd and the millions of fans who have watched the video since it was first posted in 2015.

“You’re simply never too old….” one fan commented on the video. Another wrote, “Reminds me of Mother and Daddy dancing on the porch, what wonderful memories.”

The video below brought a smile to our face and we hope it brings a smile to yours!