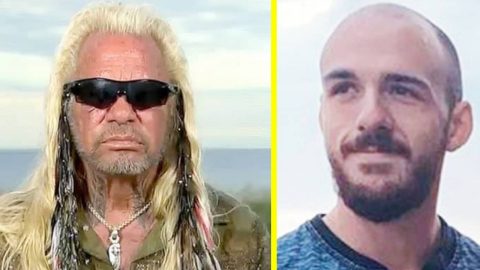 The search for Brian Laundrie appears to be over, according to Dog the Bounty Hunter, after human remains were found in Florida’s Carlton Reserve.

Wednesday (October 20), the FBI broke the news during a press conference that unidentified human remains were found near “a backpack and notebook” belonging to Laundrie who is a person of interest in the murder of his girlfriend, Gabby Petito.

BREAKING: FBI did not confirmed the remains found were those of Brian Laundrie #GabbyPetito #BrianLaundrie pic.twitter.com/2NDJYAh5v6

Brian Laundrie’s parents reported him missing on September 17, more than two weeks after he returned to his Florida home without Petito. Laundrie reportedly went for a hike on September 14 and didn’t return. Five days after Laundrie went missing, Gabby Petito’s body was found in Wyoming and autopsy results confirmed that the cause of death was strangulation.

The search for Brian Laundrie intensified after he was officially named a person of interest in the case. The case has garnered massive media attention. Some of that attention can be credited to the efforts of Duane “Dog” Chapman, star of the A&E reality television show, Dog the Bounty Hunter.

Following the release of Petito’s cause of death, Chapman had some strong words for Brian Petito and his family.

“The coroner’s report isn’t good for the entire Laundrie family. Brian’s only chance is to turn himself in. He cannot run forever,” Dog told WFLA’s Josh Benson. “The Laundrie’s have stonewalled Gabby’s family because they knew what Brian had done, and it looks like they’ve helped him run. And now it seems like, based on the report coupled with their behavior, they have more than likely acted and aided and abetted a murderer.”

Dog then spoke directly to the camera with a message for Brian Laundrie.

“Brian, make a deal and turn yourself in…now.”

Following Wednesday’s discovery of partial human remains and some of Laundrie’s belongings at Florida’s Carlton Reserve, Chapman spoke to WFLA’s Josh Benson again, implying that he thinks the remains could be those of Brian Laundrie.

“We are praying for Gabby’s family as yet another day ends with seemingly more questions than answers though it does seem the search for Brian is indeed over. Grateful to the authorities who are working to process the evidence as quickly as possible,” Chapman said. “There will be time to ask questions like what was the extent of the Laundries’ involvement in aiding Brian, how exactly did the discovery of belongings happen today, did the looming possibility of potential indictments prompt more cooperation, and so forth. Now we wait.”

“There will be time to ask questions like what was the extent of the Laundries’ involvement in aiding Brian, how exactly did the discovery of belongings happen today, did the looming possibility of potential indictments prompt more cooperation, and so forth. Now we wait.” (2/2)