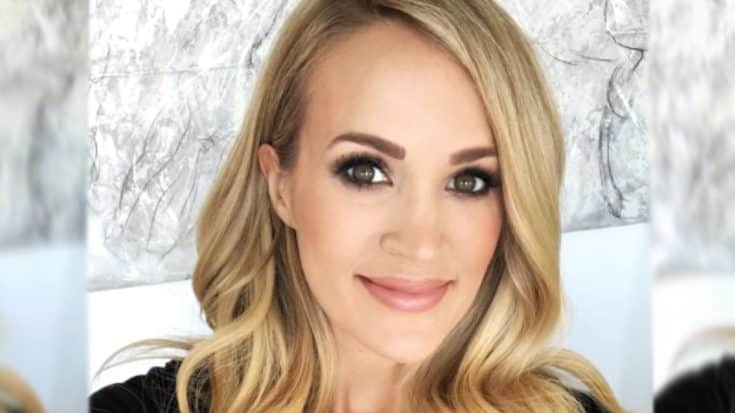 Carrie Underwood just released her rendition of the song “Softly and Tenderly” from her first-ever gospel album.

The song’s arrangement is much different from the majority of Underwood’s past singles, but the music’s simplicity allows the star’s vocal range to shine. Underwood’s voice remains controlled throughout most of the song, and she saves some of her more elaborate notes for the end.

“Softly and Tenderly” was released on Friday, February 12th, and is one of 13 songs featured on Underwood’s upcoming album, My Savior. In 2017, Underwood performed “Softly and Tenderly” as a soundtrack for the CMA Awards and memorably teared up towards the song’s end. Underwood’s performance honored the victims involved in the Las Vegas Route 91 Harvest Festival shooting.

The album’s tracklist, which includes a guest appearance from CeCe Winans, will feature classic songs such as “How Great Thou Art,” “Amazing Grace,” and “The Old Rugged Cross.” The album will also begin with an instrumental, which is a change from Underwood’s previous albums.

See the complete track listings below.

Underwood’s album arrives on March 26th. For more on the anticipated project, check out the following video.