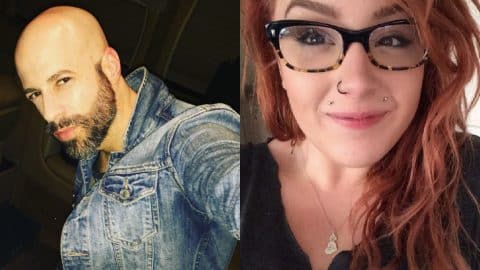 American Idol star Chris Daughtry and his wife, Deanna, have been grieving the unexpected death of their 25-year-old daughter, Hannah, who died in November. In a new interview, the singer shared details of Hannah’s passing, including her cause of death.

On the night of November 12, 2021, Deanna Daughtry shared news of Hannah’s death on social media, saying: “Due to the unexpected death of Chris and Deanna Daughtry’ s daughter, Hannah, all currently scheduled shows for the coming week for Daughtry have been cancelled or postponed. The Daughtry family thanks you for your understanding and respectfully asks for privacy during this very difficult time. Further details will be made available at a later date. The investigation into this tragic death is still on going.”

In a new statement shared with PEOPLE, the Daughtry’s confirm that 25-year-old Hannah Price “died by suicide while under the influence of narcotics.”

“Our beloved daughter Hannah Price passed away on November 12th, 2021,” the statement read. “Much speculation has been made since that date, and after a full investigation by law enforcement we are now able to speak in further detail.”

The family stated that Hannah had battled a mental illness and had been in and out of therapy and treatment centers for a number of years.

“Just months after losing her biological father to suicide, Hannah was the victim of a crime and was shot in the face. We did everything we could to support her and get her the help she needed to recover from these tragedies and get her life back on track. We had just recently made plans with Hannah for her to seek further treatment and move closer to the family,” the statement reads.

The Daughtry’s added that on the morning of her death, Hannah told family members that she was afraid for her life and that her boyfriend had allegedly physically abused her and took her car. The family called the police department who conducted a wellness check and determined that she was okay.

“Hannah was later found dead by hanging by her boyfriend, who called 911. She was pronounced dead at the scene, and an investigation by Fentress County DA, Fentress County Sheriff Office and the Knoxville Medical Examiners Office determined her official cause of death with no evidence of foul play,” PEOPLE reports.

The family statement closed with a plea for privacy as they continue to grieve, and a cry for those struggling with mental illness and addiction problems to seek help immediately.

Chris Daughtry rose to fame after competing on the fifth season of American Idol. Following his elimination in fourth place, Daughtry formed his self-named band and became one of the most successful acts to come out of American Idol. His debut album became the fastest selling debut rock album in Nielsen SoundScan history, selling more than one million copies within five weeks of its release.