By Manly Bryant on February 26, 2021
Advertisement 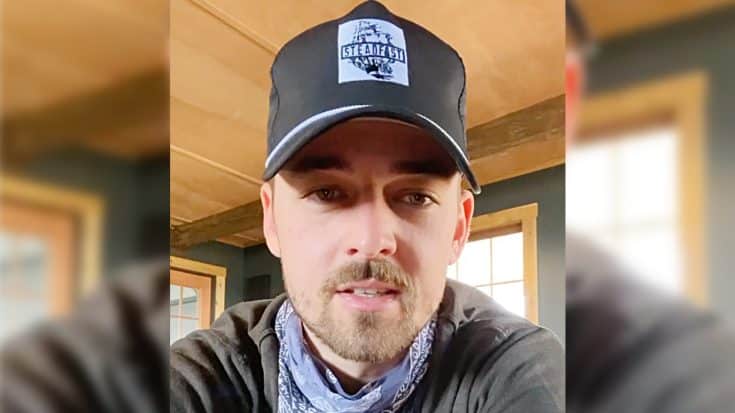 In a recent interview with People, country artist Chase Bryant got personal about a very dark time in his life.

In 2018, Chase Bryant was known best for his hit country songs “Take It On Back” and “Little Bit of You.” On the outside, he appeared to be living any musician’s dream, but Bryant was hiding a dark secret of insecurity, unhappiness, and feeling lost.

He was sick of being told what to do, wondering if he would ever be good enough, but most of all, he was tired of pretending to be someone he wasn’t.

At the time, Bryant felt as though his only way out was suicide. He climbed into his truck with a loaded revolver, a handwritten note in his passenger seat, and drove to a gas station in Nashville.

In the interview with People, Bryant divulged the life-changing details of that moment.

Call it a miracle or a twist of fate. The revolver he thought he fully loaded himself with all six bullets was missing one. The chamber that would have held the bullet that he thought would end his life was empty.

“So, when I looked at it at that moment, it was like, life’s too short, don’t make it any shorter, It ain’t worth it. We all have something to be thankful for, right? Looking back at it now, it’s so weird. You’re so dark and then all of a sudden you’re like, ‘OK, I got to get my s— right so I can help somebody else.'”

Following his 2018 suicide attempt, Bryant got the help he so desperately needed. He entered a psychiatric and substance abuse treatment center in Franklin, Tennessee.

Bryant is now sharing his story, hoping to help someone else who may be going through similar things or feeling the same way he once was.

He wants to be that “one empty chamber for somebody,” and he wants them to know “there is hope.”

If you or someone you know is considering suicide, please contact the National Suicide Prevention Lifeline at 1-800-273-TALK (8255), text “STRENGTH” to the Crisis Text Line at 741-741 or go to suicidepreventionlifeline.org.