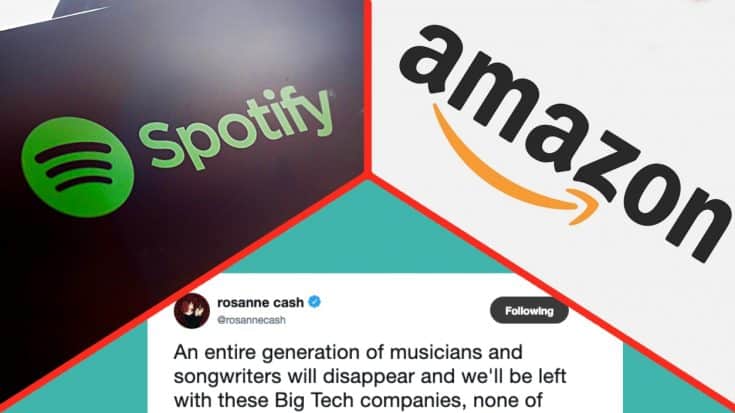 After one of the biggest wins to ever happen in the U.S. Senate, songwriters are now being sued by two of the world’s largest music streaming services…

Back in September 2018, the U.S. Senate unanimously passed a bill that required that payments from streaming and digital services should be more in-line with those of record sales – this was called the Music Modernization Act.

Seriously y’all. I have more than I deserve and I’m grateful, but there are so many songwriters out there who work harder than I do and barely scrape by, or have to give it up altogether. Art gets better when it is valued. Life is better with art. https://t.co/MOa7lxJyg4

As time has passed and technology has evolved, royalty payments for songwriters have been all but eradicated from the system as we know it. That’s because the law governing royalties is so outdated, it was written with old-time player pianos in mind.

Basically, the MMA was meant to update the law to more effectively monetize streaming services and new technologies to match how we all listen to music.

After a historic court ruling last year granting songwriters the first meaningful increase in royalties in over a hundred years, Spotify, Amazon, Google and Pandora are suing songwriters to reverse it. Please don’t let this story get buried. Fight for us https://t.co/zWyTbiQfAn

This, in turn, meant a better living for songwriters – not the people selling tickets to stadium shows, but the folks working long hours to build a hit song we like to hear our favorite artists sing.

Now, Spotify, Google Play, Pandora, and Amazon have sued to block the ruling that raises the rates for royalties that songwriters get for streaming.

In a report by Nashville’s NewsChannel 5, these massive tech companies all have appealed a ruling from the Copyright Royalty Board that moves royalties up by 44%.

“When the Music Modernization Act became law, there was hope it signaled a new day of improved relations between digital music services and songwriters. That hope was snuffed out today when Spotify and Amazon decided to sue songwriters in a shameful attempt to cut their payments by nearly one-third,” David Israelite, the president of the National Music Publishers Association, said in a statement to the station.

One big name clearly left out of the suit was Apple Music – who did not file a notice of appeal.

The court case is pending and this appeal could mean a rollback of a big part of the Music Modernization act that many had been looking forward to.

Johnny Cash’s daughter voiced her opinion on social media, criticizing the move by these big industry players and explained that she sees the future devoid of songwriters – only left with the large tech companies, and music will suffer.

Read her full statement below and watch the NewsChannel 5 report on the Music Modernization Act as well.

An entire generation of musicians and songwriters will disappear and we'll be left with these Big Tech companies, none of whom are actually involved in creating music. They just use it as a gateway drug/loss leader. Maybe you're okay with that. I'm not. @artistrightsnow #MMA https://t.co/vV0aEOp1G9