By Jennifer Pernicano on April 25, 2019
Advertisement 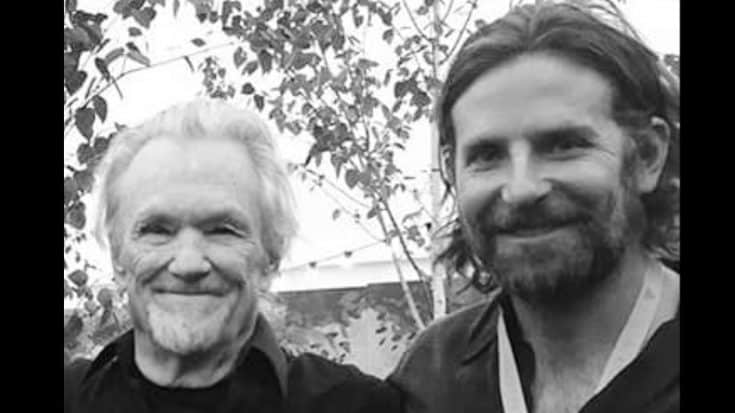 When Bradley Cooper began filming the movie A Star Is Born, he knew he needed to make the performances look as authentic as possible. That meant filming performance scenes in front of 80,000 person crowds and the only place they would find that many people would be at a music festival.

Cooper’s character Jackson Maine is an aging musician who discovers and falls in love with a young singer named Ally, played by pop star Lady Gaga. As her career takes off, his declines and ultimately, his inner demons get the best of him.

The actor/director stopped by The Ellen DeGeneres Show this week and the talk show host couldn’t say enough good things about A Star Is Born. She first spoke about Cooper and Gaga’s Academy Awards performance.

Their incredible duet received an immediate standing ovation from the Academy Awards audience and we imagine many fans were standing in their living rooms, giving these two a round of applause from home. After the Oscars cut to commercial break, Gaga and Cooper returned to their seats when something happened that is truly wonderful and well-deserved – they received a second standing ovation from the entire audience, something that has never happened at the awards show before.

Before they were receiving two standing ovations during the biggest night in Hollywood, they had to film the movie. Because his character is a very famous musician, Cooper had to play in front of some huge crowds in the movie, and Cooper is finally spilling the beans on how he made that possible.

It’s been known that he and his band, who was played by Willie Nelson’s son Lukas Nelson and his own band Promise of the Real, jumped on stage at the Indio, California country music festival Stagecoach, as well as Glastonbury Festival, which is a five-day music festival in England.

But what we didn’t know was how they were able to do that.

Cooper, who also directed the film, revealed a little-known fact as to how he managed to get on stage at Glastonbury.

“We just jumped on the stage for four minutes and I didn’t know what was going to happen! That was four minutes right before Kris Kristofferson,” Cooper revealed. “He’s the reason why we were able to get on that stage!”

Waiting for Kris Krostofferson on Pyramid Stage at @GlastoFest and Bradley Cooper films A Star Is Born onstage ! pic.twitter.com/FVqJQhvwlv

Filming in front of a live audience was so unpredictable, so he said that he had a backup plan with how fast his character’s decline would happen in the movie if people started throwing things at him.

If you thought that performing in front of 80,000 people would be the coolest part of the day, you thought wrong.

“The coolest part about it was I was able to say, ‘Ladies and gentlemen, Mr. Kris Kristofferson!’ after,” Cooper said.

Kristofferson, as most of y’all know, starred in the 1976 adaptation of A Star Is Born with Barbra Streissand, and happily passed the torch the Cooper and Gaga. Who knows, without Kristofferson giving Cooper those four minutes, the movie might have turned out differently!

Cooper took advantage of the few minutes he had on that stage, only running through the song “Maybe It’s Time” two times – but did so quietly.

Because they didn’t want anyone to hear the music before the movie came out – and because of sound editing – they couldn’t actually play or sing anything that would be played over the speakers, meaning that the 80,000 fans were watching Cooper, Nelson, and the Promise of the Real on stage and didn’t hear a single thing.

The scene Cooper described in the interview with DeGeneres can be seen in the trailer for A Star Is Born below.