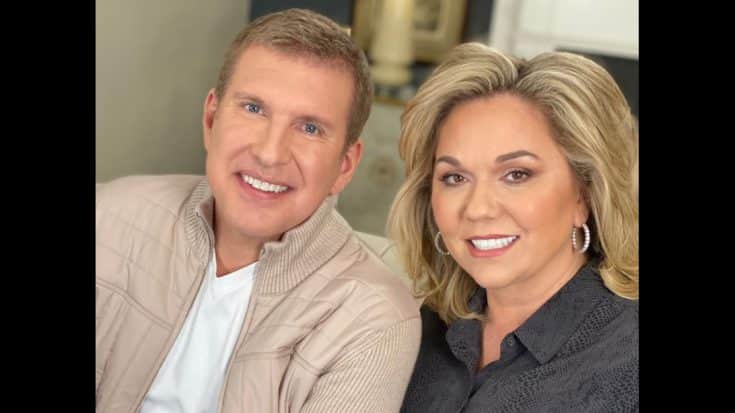 In a podcast episode recorded prior to their sentencing on November 21, Julie and Todd Chrisley opened up about their frame of mind after being convicted of bank fraud and tax evasion in June.

Todd and Julie Chrisley were sentenced to 12 and 7 years in prison, respectively, on Monday (Nov. 21). But in the days leading up to their sentencing, the pair were struggling with fear as they lived “through a nightmare,” Julie said in an episode of Chrisley Confessions that was released on November 23.

“I know in my heart that I am a Christian, I believe God, I believe that God can work miracles, I believe that He will take care of my family, that if I died today, I know where I’m going. But I still have this fear,” Julie said. “Everyone knows that we’re living through a nightmare…I have been focused on not living in fear.”

The 49-year-old that has been married to Todd Chrisley since 1996 confessed that fear is something that she “struggles so hard with.”

Julie also talked about how the events of recent months has affected her and Todd’s relationship.

Todd Chrisley compared the ordeal to burying a parent.

“As bad as I hate to say this, burying a parent is the hardest thing I’ve ever done in my life, but I can honestly and truly say that I don’t think it was as hard as what I’m going through right now,” the 53-year-old said. “And that’s a sad thing to say, but I deal with that every day.”

Todd and Julie Chrisley were convicted of tax evasion and bank fraud in June. A federal jury found the pair guilty of hiding millions of dollars in earnings from their reality show, Chrisley Knows Best, and claim that the couple used false documents to get bank loans totaling $30 million.

One day after the Chrisley’s sentencing, their attorney, Alex Little issued a statement saying that they plan to appeal the conviction.

“Yesterday was a difficult day for the Chrisley family,” the statement read. “But Todd and Julie are people of faith, and that faith gives them strength as they appeal their convictions. Their trial was marred by serious and repeated errors, including the government lying to jurors about what taxes the couple paid. Based on these issues, we are optimistic about the road ahead.”