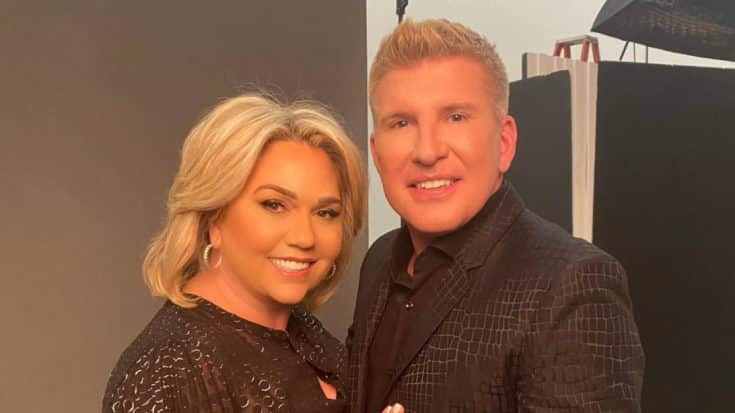 Todd & Julie Chrisley, the stars of “Chrisley Knows Best,” were sentenced Monday after being found guilty of fraud.

The husband and wife were sentenced to a combined 19 years in federal prison and both will have to complete 16 months of probation after their prison release.

Prosecutors claim that the couple, who have been married for 26 years, presented fake documents to banks, false credit reports and fake bank statements when trying to obtain loans and rent property. Prosecutors say that the Chrisleys used a company they ran to conceal income to keep the IRS from collecting taxes owed by Todd.

The Chrisleys were allowed to remain free on bond following their sentencing, but were placed on location monitoring and home detention. The restrictions allow them to leave home only for certain reasons including work, doctors appointments and court appearances.

The couple are currently scheduled to report on January 15, 2023, according to FOX 5. But, the Chrisleys have requested that they be allowed to stagger Todd’s 12 year sentence and Julie’s 7 year sentence since they have custody of their 10-year-old granddaughter. It’s unclear at this time if the judge will grant their request.

Todd and Julie Chrisley have starred in their reality show, “Chrisley Knows Best,” along with their children Lindsie, Kyle, Chase, Savannah, Grayson and Todd’s mom, “Nanny” Faye Chrisley. The show premiered on USA Network in 2014.