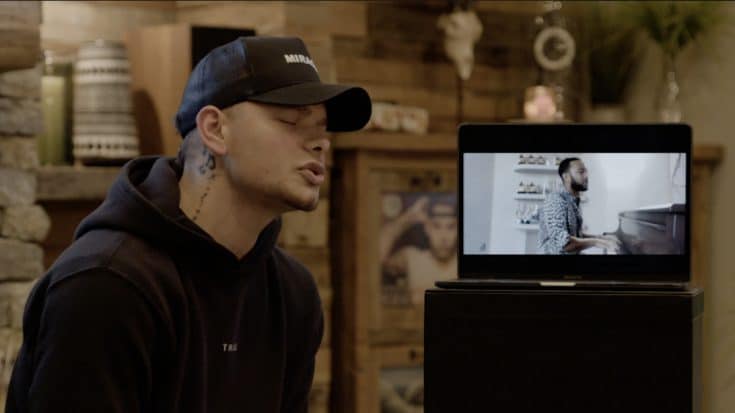 One of the night’s best performances was a collaboration between country star Kane Brown and R&B great John Legend. For the first time on television, the two performed their newly-released duet “Last Time I Say Sorry.” But, instead of sharing a stage together, they each sang from their own homes, Kane from Nashville and John from Los Angeles.

In an interview with CBS This Morning, Brown told Gayle King that he and John Legend penned the tune in less than an hour-and-a-half.

“It came pretty naturally. We just started talking about both of our relationships, and mainly the guys in a relationship will say sorry for something they did they they’ll turn around and do it again,” Kane said before explaining that, contrary to popular belief, the song is a love song.

“I wrote it for my wife, just saying that I never want to mess up. I just want to love you for the rest of my life and never tell you ‘I’m sorry’ again.”

Hear Kane Brown and John Legend sing “Last Time I Say Sorry” during ACM Presents: Our Country television special in the video below.