By Jennifer Pernicano on September 28, 2022
Advertisement 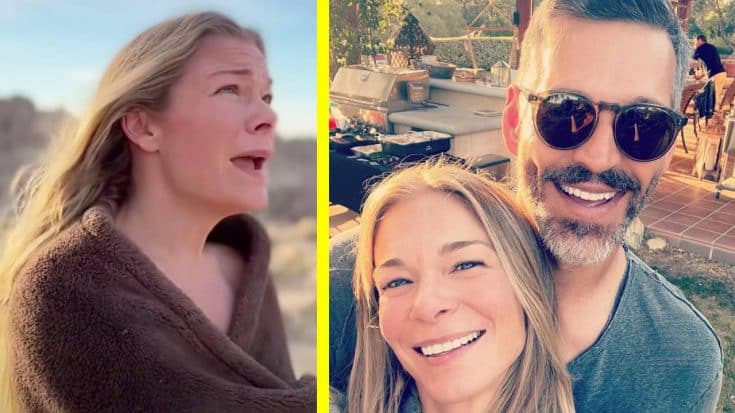 On September 16th, LeAnn Rimes released her latest album, god’s work. She officially announced the album back in April, but said she’d been teasing it for a while.

The 12-song album features the leadoff track “spaceship,” which she said is one of her “favorite songs” she has ever written.

“There are so many levels to this song and of course, i had to kick off the album with a song that will bring you to tears, but i swear, i raise you right back up. i can’t wait for you to hear it in full next week,” she wrote about the song.

Rimes released an accompanying music video on September 27th, and it was a collaboration with her husband, Eddie Cibrian.

According to CMT, Cibrian and Rimes co-produced the music video with Darrell Brown, and Cibrian directed it. He also edited the video with Julian Andraus. The video features Rimes wrapped in a blanket – and nothing else – in the middle of the desert singing the powerful “spaceship” lyrics.

Rimes shows of her incredible acting as she goes through so many emotions in the music video, which ends with her walking down a dirt road and dropping the blanket, exposing her bare butt.

In an Instagram post, Cibrian wrote, “This is something I never thought I’d say… check out my music video directorial debut.”

He continued, “I wanted to capture the raw, vulnerability of my wife and create an emotional visual that represents the loneliness we can feel in this human experience amidst the vastness of the universe, which the powerful landscape spoke deeply to. This is an incredible song and an incredible performance…Hope y’all enjoy it!”l;

Watch the music video below.