By Jennifer Pernicano on April 14, 2020
Advertisement 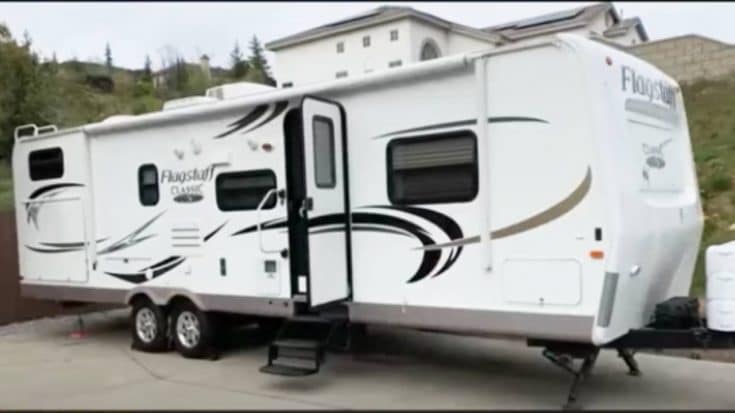 A family in Yucaipa, California is currently up in arms with their Homeowner’s Association over the RV that is parked in their driveway.

Michael Avila-Cabral, his husband Gregory, and their two kids – like most of the country – are doing their best to keep their family healthy amid the coronavirus pandemic. Because Michael is a medical worker on the frontlines treating COVID-19 patients, they have taken an extra step by parking an RV they borrowed in their driveway so Michael can isolate in there.

He works as a physician’s assistant in the emergency room in a hospital in San Bernardino, so he is exposed to the virus every single day.

Gregory told NBC 4 News, “Having to tell our kids that papa is going to stay in the RV, and you can’t go see him, you can’t touch him, you can’t hug him, it’s hard for them to kind of understand.”

They borrowed the RV from Michael’s sister and thought it was the perfect solution for the family to be “together” even though Michael wouldn’t come into the house, until they received a notice from the HOA.

They were told the RV violates their HOA rules and were told that if they didn’t move it in ten days, they would get fined.

NBC reports that the Avila-Cabral’s neighbors do not have a problem with their new living arrangement, with neighbor Rob Challinor saying, “The HOA needs to make that exception. They can poll the neighborhood. I don’t think anyone would object.”

The Yucaipa city code normally prohibits RVs from parking on the street for longer than 72 hours, but because of the city’s state of emergency declaration, Mayor David Avila says there will be no penalty.

So, if the HOA won’t back down, Michael and Gregory can park the RV on the street right in front of their house with no consequences.

Michael isn’t the only medical worker isolating him self in an RV. A new organization called RVs for MDs is getting frontline workers access to RVs to park in their driveways.

See NBC’s report on this below.