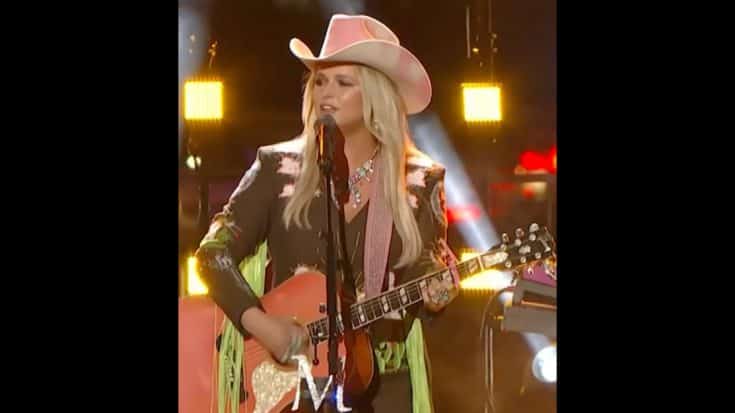 Country music’s only fan-voted awards show is underway in Nashville. In addition to recognizing fans’ favorite performances and videos, viewers were also treated to new performances from some of Music City’s biggest stars.

One of those performances was from Miranda Lambert who delivered a bold take on “If I Was A Cowboy.” The performance was complete with cowboy boots, a cowboy hat and plenty of bling.

The track is a lead single from her upcoming ninth solo album Palomino scheduled to be released on April 29th.

“The making of this record has been one of the most fun and creative experiences of my career,” Lambert said of the album in a previous statement. “Luke Dick, Natalie Hemby, and I went out to my farm in Tennessee in 2020 and started writing songs. We figured while we have time, let’s get out to the country and see what happens. The first one we wrote was ’Tourist,’ and that set us on a path to create something with a bit of a theme. Since we couldn’t travel at the time, we decided to go on a journey through songs. I hope y’all are ready to travel with us wandering spirits and meet some cool characters with great stories.”

With a career 30 nominations, Lambert also took home her 8th belt buckle trophy Monday night after winning Female Video of the Year for “If I Was a Cowboy.”

Watch Miranda Lambert’s performance of “If I Was A Cowboy” in the video below.