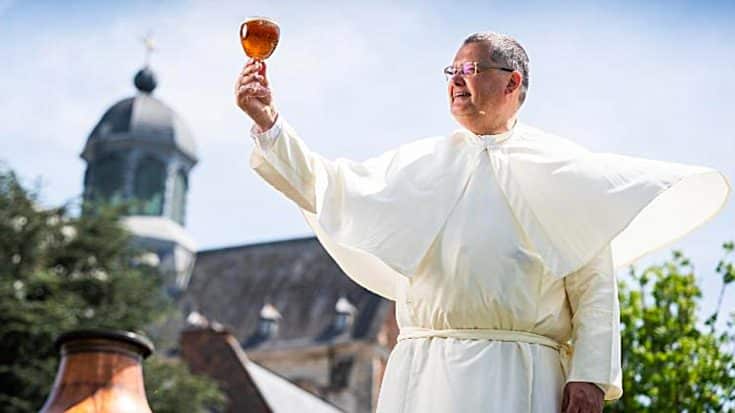 Monks have resurrected 200-year-old recipes for brewing beer after digging through the old untouched archives of the Grimbergen Abbey, a holy monastery established 1128 in Grimbergen, Flemish Brabant, Belgium.

Belgian monks at the Grimbergen abbey take to brewing beer again after a break of more than 200 years https://t.co/KLjjh2F8uy pic.twitter.com/Sy81IuEB9m

These ancient books have been stored away for centuries and it’s a surprise they have survived this long. They were almost completely destroyed in 1798 during a massive fire that broke out because of the French Revolution, which left the monastery burned to the ground. However, before it fell to ashes, over 300 books were secretly smuggled out.

One of these books detailed ancient methods for brewing Belgian beer. The monks who found the recipes soon translated the words from Latin and old Dutch to English and started making the old traditional drinks.

“We’ve really enjoyed reading more about past brewing traditions in the pages of these ancient texts. We’ve spent hours leafing through the books, which are written in Latin and Old Dutch, and have discovered ingredient lists for beers brewed in previous centuries, the hops used, the types of barrels and bottles, and even a list of the actual beers produced centuries ago.”

Father Karel Stautemas, subprior at Grimbergen Abbey teamed up with Father Ton Smits to begin building a microbrewery inside the walls of the Abbey. They say they will combine the ancient traditions from the books with modern techniques and soon people can taste them.

“Beer has always been part of life in the abbey and we are proud of the beers we have today” Rev. Karel Stautemas, said in a statement.

In addition to the microbrewery being approved to be built, it will also have a bar and restaurant right next to it. The first started brewing about 5 months ago and one of the brews already in the making is called, the limited-edition Grimbergen Triple D’Abbaye.

We’re super excited to see how these ancient beers taste.