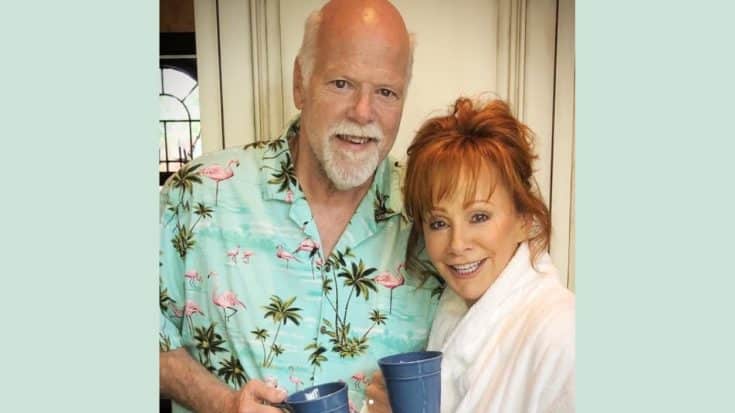 In October 2020, Reba McEntire confirmed she was dating CSI: Miami and Young Sheldon actor Rex Linn. The two first met for dinner in January of that year, and hit it off right away.

But because of everything going on in the world right after that, Reba and Rex weren’t able to be together in person for some time. When they were finally able to see each other again, sparks flew.

The couple attended the CMA Awards together in November, and continuously post photos together on social media. They’ve even shared their pet names for each other…”sugar tot” and “tater tot.”

Reba has previously been married twice (to Charlie Battles from 1976-1987, and to Narvel Blackstock from 1989-2015). After splitting from Narvel, Reba dated photographer Anthony “Skeeter” Lasuzzo from 2017-2019.

But Rex is the man Reba says she has “waited” for her whole life.

Reba’s sister, Susie, hosts a show on Circle TV called Jesus Calling: Stories of Faith. During one episode, Susie chatted with Reba and their other sister, Alice, about their significant others.

During this conversation, Reba gushed about how Rex is just as devoted to his faith as she is to hers:

“I’ve waited 66 years for a man to pray with and to share a faith and love of the Lord and to be compassionate and have a compassionate heart,” she said. “That’s very special.”

Reba has always made it obvious how important her faith is to her.

In 2017, Reba released her first-ever gospel album titled Sing It Now: Songs of Faith & Hope. The first disc contained her versions of traditional hymns, while the second disc was comprised completely of original songs, such as “Back to God.”

Sing It Now went on to win the Grammy for Best Roots Gospel Album.

We’re so glad Reba found someone like Rex who loves his faith just as much as she does. They sound like a perfect match!