Remember When LeAnn Rimes And Trisha Yearwood Released The Same Song On The Same Day?

By Jennifer Pernicano on February 21, 2019
Advertisement 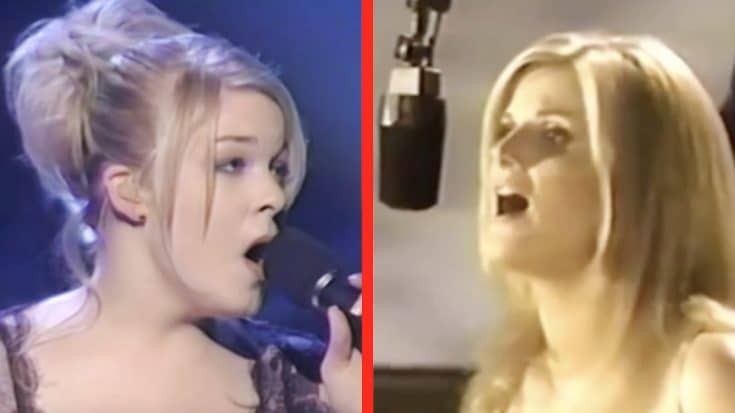 Let us remind you…

A then-14-year-old LeAnn Rimes, still riding high off her impressive country music debut album Blue, released “How Do I Live” as the first single from her sophomore release You Light Up My Life: Inspirational Songs. The very same day, Trisha Yearwood also released “How Do I Live,” which was featured in the Nicholas Cage film Con Air.

The finishing touches of Con Air were being made and the Diane Warren-penned song “How Do I Live” was to be included in one of the final scenes of the movie. Rimes had recorded her version and was under the impression the movie was going to use her version.

According to Wide Open Country, Warren had actually promised Rimes the song. Her record label even had her film a music video for “How Do I Live.”

After some deliberation, executives behind Con Air weren’t so sure about a 14-year-old singing the song, especially because of the film’s plot and how they used the song. Instead, the studio went to Yearwood, who had no clue of Rimes’ previous attachment to the movie or the song.

Yearwood’s version was used in the 1997 film’s final scene when Cage’s character finally reunites with his wife and daughter.

Both versions debuted on Billboard‘s all-genre Hot 100 chart the week of June 14, 1997. Rimes’ version spent a record-breaking 69 weeks on the chart, peaking at number two, spending 25 weeks in the Top Five. It has since become the chart’s fifth biggest hit of all time.

Yearwood’s version peaked at number 23 on the Hot 100 chart, but had much more success on the Hot Country Songs chart, climbing all the way to number two.

Rimes performed the song at the ceremony, but didn’t win the Grammy.

To make things extra awkward, the award both of them were up for was given out right after Rimes’ performance – and it went to Yearwood.

At the '98 Grammys @leannrimes & Trisha Yearwood were nominated for "How Do I Live". Leann performed it live, then right after Trisha won 🙂

No Hard Feelings…Towards Each Other

It would have been easy for Yearwood and Rimes to start a catfight the day their songs were released in May, but both took the high road with each other, even praising each other’s talents.

“I would not have chosen to go up against LeAnn Rimes,” Yearwood said in a September 1997 interview with the Chicago Tribune, who also referred to Rimes as “one of the most amazing voices who’s selling a billion records a minute.”

“The Nashville rule is, if somebody has a song on hold, you don’t record it. There’s this kind of gentlemen’s agreement that if somebody has it, you don’t mess with it,” she said. “But in this case I didn’t think she had any kind of permission (from the film’s producer’s, Touchstone Pictures) to do that, so I wasn’t worried about it. Then I’m in Europe and I start to hear that (the Rimes version) has been released to radio. Then our version comes out, and it’s like it becomes this big battle between record labels.”

While Yearwood was in Europe, she heard Rimes filmed a video for the song

“I wasn’t a happy person,” Rimes admitted to the Associated Press a few months after the awards. “I felt betrayed. Not by fans but by people in the business.”

Both singers were “horrified” that radio stations were playing both songs and pitting them against each other by asking listeners to call in and vote for one. In the end, Yearwood saw it as a positive – Rimes had record-breaking success with it in the pop world, while Yearwood’s did well in the country genre.

Despite the debacle, both Rimes and Yearwood regularly perform the song in their concerts, with Rimes even releasing a reimagined version in 2018.

And watch Yearwood perform it at a show at Yankee stadium in 2016 below.