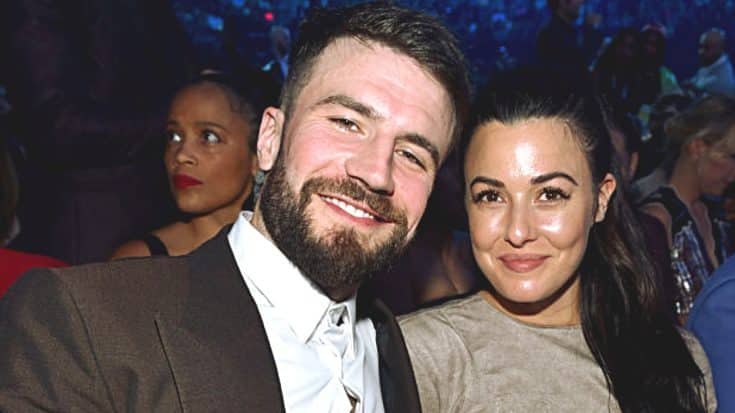 Last month Sam Hunt’s wife, Hannah Lee Fowler, filed for divorce after five years of marriage. In the divorce documents, Fowler revealed that she was pregnant with the couple’s first child, but Hunt has been tight-lipped about the news…until now.

While serving as a guest co-host for Country Countdown USA, the “Take Your Time” singer spoke out about becoming a dad for the first time, adding that the baby is due in 8 weeks.

“I haven’t talked about this, but I have a little girl on the way,” Hunt said. “I blocked out two months at the end of May and early June. Really this year revolves around that big news in my life.”

Sam Hunt also shared that he had sought parenting advice from some of his friends, including fellow singer-songwriter Russell Dickerson who welcomed his first child, a son, in September 2020.

“I saw Russell Dickerson a few weeks ago, we talked about fatherhood, I tried to pick his brain. Over the last 4-5 years, I’ve had a lot of buddies who’ve had their first kids. So I feel I’m ready for it,” Sam said.

The singer added that he and his estranged wife are still working on a name for their daughter, but plan to wait until her birth to make a final decision.

“We’re thinking about it,” he said. “I want her to be in the world before we name her. I want to be able to look at her and decide what name suits her best.”

The “Body Like a Back Road” singer dated Fowler on and off for roughly eight years before marrying in April 2017.