Snowed-In Man Heads For Beer On His Snowmobile

By Manly Bryant on December 6, 2019
Advertisement 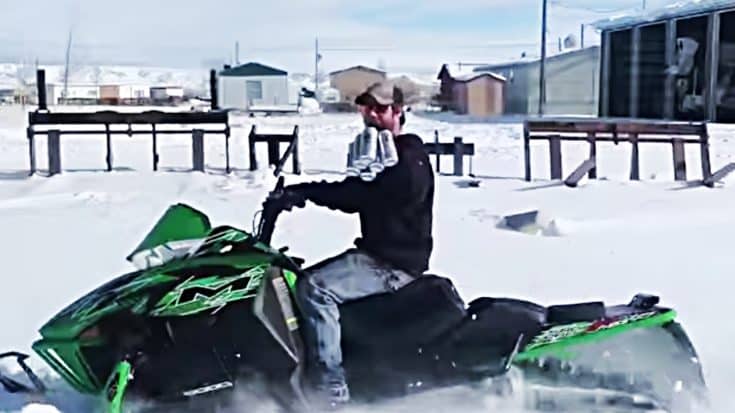 Now, THIS is a beer run…Wyoming style.

After a bunch of winter snow dumped across the Western United States in the past few weeks, it seems that some people in rural Wyoming have discovered the trick to making sure they have a fully-stocked beer fridge during these cold winter months.

In a video shared by Wacey Davis, a Big Piney, Wyoming native, he shows off his friend stopping by a little drive-thru liquor stop to pick up a six-pack of his favorite brew – and then blitzes off on his snowmobile!

The next video posted by Wacey, which has since gone viral across many news sites, shows his friend roaring across the open snow on his lightning-green snow machine with a big smile and a full six-pack on the way home.

Check out the full video below and let us know if this is how you roll, too!