By Jennifer Pernicano on August 23, 2019
Advertisement 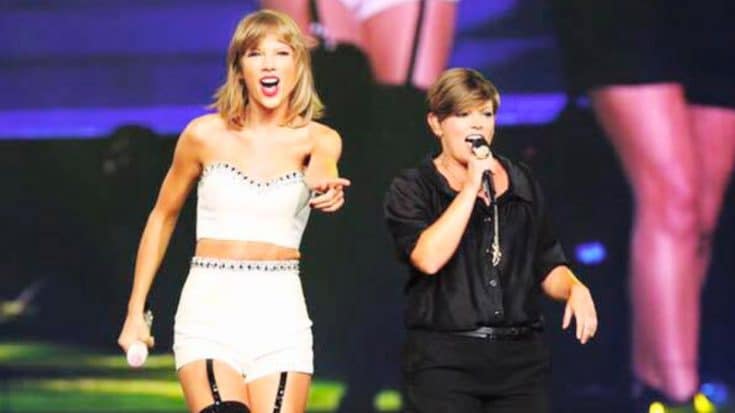 On April 13, former country star Taylor Swift began teasing her fans with new music when she posted a photo of a bedazzled heart using just the caption, “4.26.”

This sent her fan base into overdrive trying to analyze and figure out what it meant.

At the time, they didn’t know if it meant new music, new merchandise, or what – but now we know it meant a new single and new music video. Every day leading up to April 26, she posted a new clue using the exact same caption.

The biggest clue reveal came on April 25 when she made a surprise appearance at a Nashville butterfly mural and revealed it was to “pull off the best surprise clue reveal.” It was a big reveal alright! Smack dab in the middle was the word, “ME!” which just so happens to be the title of the song.

So… @kelseymontagueart helped me pull off the best surprise clue reveal today in Nashville!! Thank you to everyone who showed up, I’ve never been more proud of your FBI level detective skills. Next clue: I’ll be joining the magnificent @robinrobertsgma for a chat tonight on ABC live from Nashville ???????

As we said earlier, along with releasing the recording of the song, which features Brendan Urie from the band Panic! At The Disco, the two-time CMA Entertainer of the Year also released a color-filled music video to accompany it.

Like all her videos, Swift drops Easter Eggs and it takes detective-level skill to figure them all out, but there was one detail that we did a double-take about – a Dixie Chicks appearance!

At the end of the first verse, Swift sings the lyric, “And you’re the kinda guy the ladies want/And there’s a lot of cool chicks out there.”

In the video, the camera pans to a wall behind Urie filled with paintings of baby chickens – or chicks – wearing sunglasses, as well as a painting of the Dixie Chicks. The trio posted that part of the video on their Instagram with the eyeball emoji.

In a recent article for ELLE, Swift wrote about the impact their song “Cowboy Take Me Away” has on her, saying, “I instantly recall the feeling of being twelve years old, sitting in a little wood-panelled room in my family home in Pennsylvania. I’m clutching a guitar and learning to play the chords and sing the words at the same time, rehearsing for a gig at a coffee house.”

While some fans just think it’s an homage to her favorite girl group, others think they might be collaborating.

TAYLOR SWIFT IS GOING TO COLLAB WITH THE DIXIE CHICKS AND I AM GOING TO F-ING LOSE MY MIND pic.twitter.com/JSbwgTIAEc

Well, fans who thought that a Dixie Chicks and Taylor Swift collaboration was in the cards, were right! The singer confirmed it last week when she released the track listing for her album Lover. The Dixie Chicks are a featured artist on track 12, “Soon You’ll Get Better.”

Lover was released on Friday (August 23), and immediately fans were raving about the entire album, but a lot of people had great things to say about her Dixie Chicks collaboration.

Once you press play in the video below, you will realize that it’s actually one of Swift’s most emotional songs yet. She wrote it about her mother, Andrea, who is currently fighting cancer for a second time.

Of the song, Swift told her fans during a pre-album drop live stream, “That was really, really hard to write, and it was just a family decision whether to even put it on the album. We as a family decided to put this on the album, and it’s something I’m so proud of, but it’s just really hard. I can’t sing it. It’s hard to just emotionally deal with that song.”

The song has a Dixie Chicks-esque musical styling with their signature guitar picking, banjo, and even a small fiddle section. The trio of singers also lend their harmonies to the chorus.

“Loved being a part of this project. Lover is out now, give it a listen!” they wrote on Twitter.

Loved being a part of this project. Lover is out now, give it a listen! – DCX @taylorswift13 pic.twitter.com/adbdKAu5t2

At one point in the song, it sounds as though Swift is about to cry in the middle of a lyric, and you can hear a loud, sorrowful sigh right after. Keep the tissues close for this one.

Listen to “Soon You’ll Get Better” below.