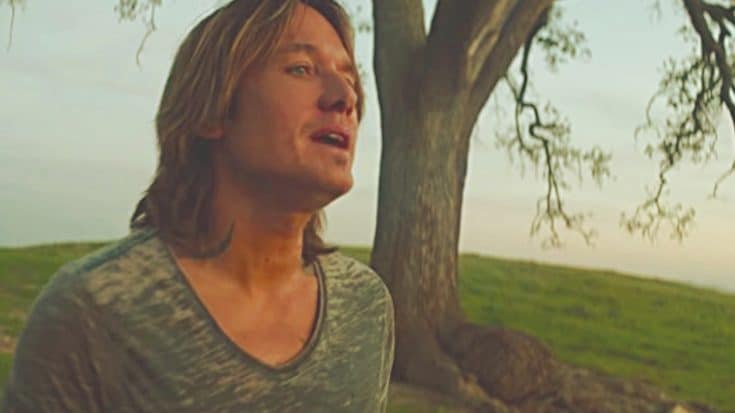 The first time you ever heard Keith Urban‘s new single, “Coming Home,” you probably thought that the opening riff sounds familiar. And that’s because it does.

You see, the riff that plays at the beginning and throughout “Coming Home” is the same one Merle Haggard famously played in his hit song, “Mama Tried.” Before he crafted the song, Urban reached out to Haggard’s widow, Theresa, and his son, Ben, to get their blessing to use the riff.

Even though Haggard’s family offered their approval, Urban was still nervous about using his famous riff in his song. Nash Country Daily quotes him as saying:

“I was very much [nervous]…I didn’t want to just shove [the riff] into a song. A lot of times when you hear a sample [from another song], it’s just kind of shoved into the middle of a song as it is, and I wanted something a little bit more artistic…it was really that lick from Merle that made me miss home, think about home, growing up in Australia—all of it just came flooding back and it was that riff that triggered it, so it was a really important part of the song for me.“

After only ten weeks, “Coming Home” has already reached the 12th spot on the Billboard Country Airplay chart. It’s sure to keep rising as the weeks pass, especially now that it has a music video.

The music video for “Coming Home” debuted on YouTube on Wednesday (May 30). Directed by Andy Hines, the video takes viewers on a visual journey over the course of its three minute, forty second run.

It all opens with Haggard’s famous riff, which leads into footage of Urban getting up out of bed in a city apartment. He walks over to a window and stares out wistfully, as if he’s begging to be free and finally go home.

As the clip continues, Urban journeys through the town before finally making it to a bar, where he watches himself and his collaborator, Julia Michaels, perform. It may sound like a trippy concept, but that’s exactly what the director was going for.

“The concept for the video was really Andy Hines’ idea. He suggested the heightened reality that we see in the video, which keeps it more like a dream—an idea, more than an actuality. It was also important to have Julia there—she’s great energy to be around and I love singing with her, so I wanted us to be onstage at the same time to capture that.”

Haggard’s influence is felt all throughout the song, as his famous riff plays over the course of the entire video. It is especially noticeable at the end, when the audience member version of Urban leaves the bar and walks out through yet another door. With Haggard’s riff playing over him, that entire scene takes on a symbolic meaning.

Now you can check out the new music video for “Coming Home” in the clip below. Let us know what y’all think of it when you’re done!