Bear Chases Snowboarder Down Mountain & She Has No Idea

By Manly Bryant on February 20, 2020
Advertisement 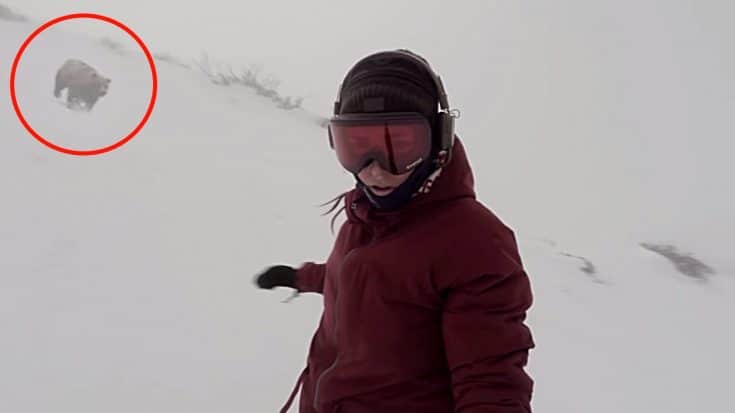 Kelly Murphy took one of the most unbelievable selfie videos while she was snowboarding down a snowy mountain at a ski resort called Hakuba 47 in Japan.

This happened back in April 2016 when she was only 19 years old and the video starts off with her turning on the camera and strapping herself to her snowboard. She then picks up the camera that’s connected to a selfie stick and proceeds to slide down the mountain.

She had headphones on singing a song and was completely oblivious to a growling and grunting bear chasing her down the slope. The video showed the bear running her as fast as it could but she was moving too fast down the hill for it to catch her. She later posted the video to her YouTube account saying that she had no idea the bear was after her like that.

“OMG! I was going through my snowboarding videos and I found a bear chasing me!!! I nearly got eaten!!!” she wrote on YouTube.

She’s just grateful to be alive because it could have ended very badly. After posting the video many people began to tell her the video was fake. The Independent decided to reach out to her personally and ask her about its validity. She said that the video is very real and she didn’t know anything had happened at the time. She added that it’s scary to look back on now and see it. Now she says she takes a stick with her when she runs with her friends.