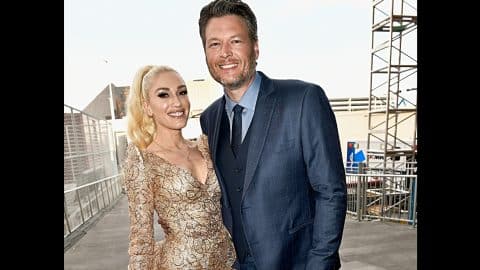 While getting ready for their performance at the 2020 Grammy Awards on January 26th, Blake Shelton and his longtime girlfriend Gwen Stefani sat down with Gayle King for an interview as part of her special series: The Gayle King Grammy Special.

The pair, who released their second duet together “Nobody But You” in December 2019, have climbed the charts together with this hard-hitting Top 10 hit. And now, they’re set to perform it at the Grammy Awards.

Admitting it all was true, Shelton noted that he thinks “all of those things like that are just little details.”

But, then how does the relationship work for two people who many see as complete opposites?

To Blake, it’s her outlook on the world and her understanding that she gives to everyone.

“She’s the most understanding, kindhearted person I’ve ever met.”

Watch the full clip below and be sure to catch Blake and Gwen as they perform “Nobody But You” live at the 2020 Grammy Awards.