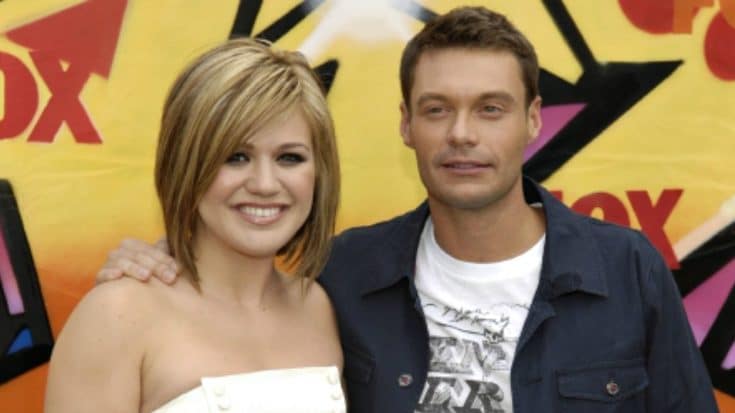 It’s hard to believe that it’s been 14 years since we were first introduced to Kelly Clarkson. When America first laid eyes on her, the aspiring fashion designer was donning an outfit she created out of an old pair of blue jeans and she was making her way into the audition room for season one of American Idol.

“I’m going to be a fashion designer if this doesn’t work out,” Clarkson told host Ryan Seacrest.

The Texas native not only impressed then-judges Simon Cowell, Paula Abdul, and Randy Jackson, but she would go on to become the very first American Idol and have one of the biggest success stories of the show’s history. Clarkson’s success can be attributed to both her talent and her incredible sense of humor. During her audition, Clarkson did two things that no other Idol hopefuls have had the opportunity to do (that we know of). She sat in a judges chair as Randy Jackson “auditioned” for the show, and she threw a good-natured insult at Ryan Seacrest after Simon Cowell put a stipulation on her advancement to Hollywood.

“Yes to Hollywood on one condition,” Cowell told Clarkson. “That you tell Ryan out there that he needs to redo his highlights.”

Much to Simon’s delight, Kelly Clarkson went through with the insult. In the video below of Clarkson’s Idol audition, we are reminded of just why we love her and it’s clear that her post-Idol fame hasn’t changed her. Her brutal honesty, sense of humor, and quick wit have remained in tact since her 2002 American Idol win, and have only endeared her more to her fans.