By Manly Bryant on March 17, 2016
Advertisement 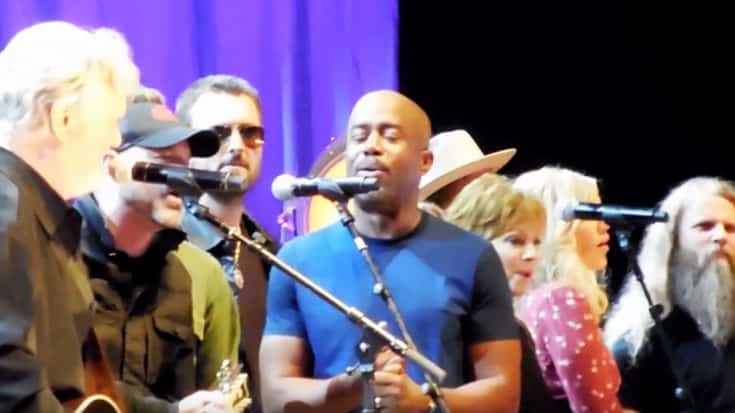 During one of the most impressive gatherings of country superstars steps onto the stage during an event to honor the great Kris Kristofferson and shows all 15,000 attendees exactly why this man is a living legend!

Creator and executive producer Keith Wortman revealed that the show had been in the works for years prior because they couldn’t get Kristofferson to agree to it.

“We’ve spent six years of hammering away at the guy, but he would just say ‘No. Why me?’ Finally, he relented a few months ago, and as soon as he did, Don Was (the musical director) pounced on it and put it together quickly.”

While there were many incredible performances by truly stellar country artists throughout the whole night – the single performance where they all came together on stage seriously takes the cake!

The song was both written and recorded by Kristofferson in 1972. Reaching the No. 1 chart position on Billboard’s U.S. Hot Country Singles chart, the track features backing vocals from his now-former wife Rita Coolidge and was inspired by a church service Kristofferson attended that featured Larry Gatlin’s “Help Me Lord”.

Watch this once-in-a-lifetime performance in honor of a true country legend in the video below!