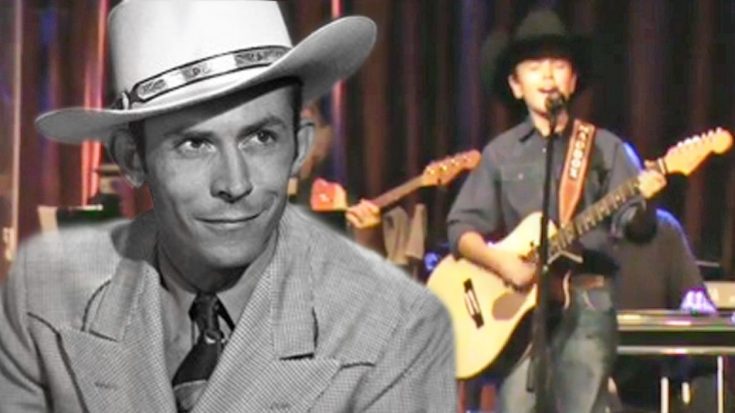 Performing a song that was released over 50 years before he was born, Maddox Ross proved that age is just a number when it comes to country classics.

At just 12-years-old, Maddox has captured the hearts of many Oklahomans and now, people all over the country! He performs regularly at the Oklahoma Rodeo Opry and thanks to YouTube, he is now reaching the rest of America.

We can tell he was raised on good country music because one of his latest YouTube videos is a performance of him singing a Hank Williams song.

Playing the acoustic guitar, Maddox belts “Your Cheatin’ Heart” with a the same kind of twang Williams himself was known for!

According to his Facebook page, Maddox fell in love with singing after he tied for first place in a karaoke contest at an amusement park. Soon after, he became a regular performer at the Oklahoma Rodeo Opry.

His biggest dreams are to sing with Garth Brooks and to become a member of the Grand Ole Opry. Based on this performance alone, he is well on his way to the famed Opry stage!  Enjoy Maddox’s version of “Your Cheatin’ Heart” below.