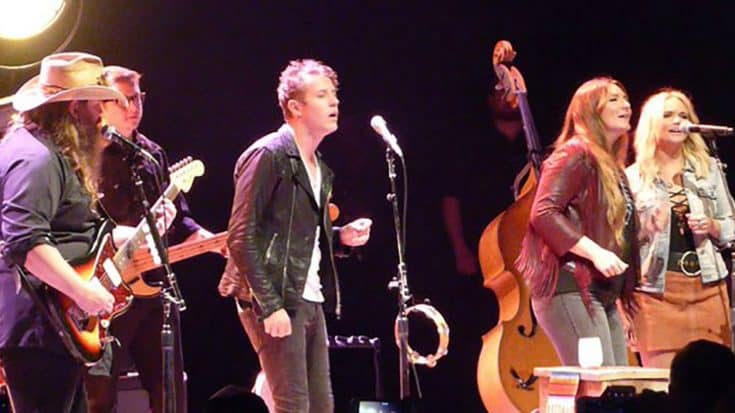 After a day of vocal rest, Chris Stapleton was back on stage Wednesday night and was singing better than ever. The “Tennessee Whiskey” singer was joined by special guest and tour mate, Anderson East, who you may know best as Miranda Lambert’s boyfriend. Stapleton and East kicked off their tour on April 14 and have wowed fans with their delightful song covers including the 1964 Temptations hit “My Girl.”

Last night (April 26), fans got a surprise when Miranda Lambert joined her beau and Chris Stapleton on stage at The Greek Theater in Los Angeles for the tune. Stapleton’s wife, Morgane, and Lambert sang back up for their guys and the result was magical.

The moment was documented on social media as fans posted video and shared their surprise.

.@Andersoneast just sang “My Girl” to @mirandalambert on stage at #TheGreek… Can it get any cuter? pic.twitter.com/Mb9lOk28Vo

This isn’t the first time the adorable couple has performed together. On Valentine’s Day, Lambert and East surprised a Northampton, Massachusetts audience with a rendition of Mariah Carey’s “Always Be My Baby.”

Check out the full video below of Chris Stapleton and Anderson East performing “My Girl” (sans Miranda) in Berkeley, California, last week.