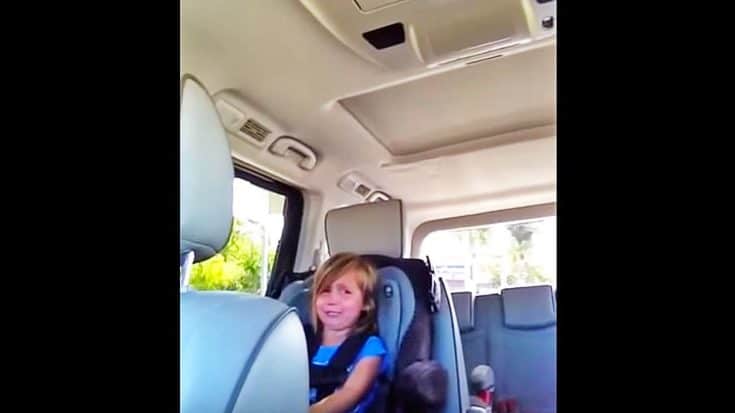 Like many ladies around the world, little Mila was devastated when she learned that Adam Levine is no longer a single man.

Levine, the lead singer of the group Maroon 5, was chosen as People Magazine’s Sexiest Man Alive for 2014. That same year, he married model Behati Prinsloo on July 14 in Mexico.

It seems that Mila’s mother knew that the news would be upsetting to her, because she waited over a year to break the news to her that Levine is now taken.

“I don’t want you to be too sad, but I was going to tell you…Adam Levine got married,” says Mila’s mom.

Mila immediately starts saying “no,” not wanting to believe what her mom is telling her.

When Mila’s mom confirms that yes, Levine really did get married, Mila starts crying and saying, “no mommy, he didn’t!”

We know  there are probably many other ladies around the world like Mila, who still can’t accept that Levine is no longer available.

Hang in there Mila!