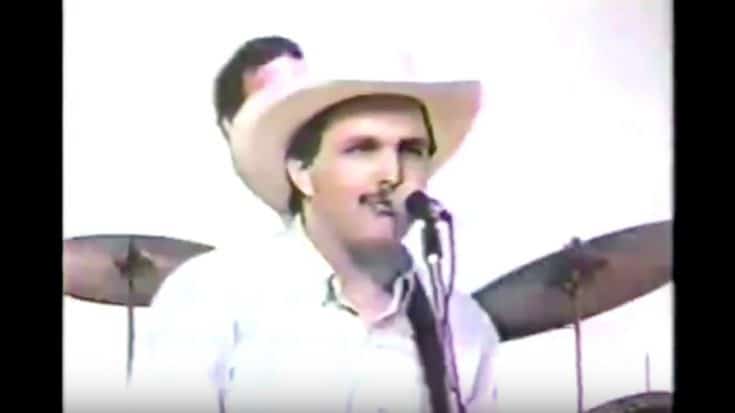 Garth Brooks is nothing if not determined. The megastar’s road to success was rocky, but he had a dream and did what it took to achieve it.

After graduating from Oklahoma State University, his hometown folks from Stillwater, Oklahoma, passed the hat to collect money to help Garth pursue his musical dream. Brooks quit his job, gave up his apartment, loaded everything he could into his Honda Accord and headed for Nashville. A short 23 hours later he was on his way back to Oklahoma after being told by ASCAP’s director to “go home.”

Garth didn’t stay long. If anything, the rejection made his more determined than ever to make things happen. The aspiring-musician hand-picked a band and started playing and singing at every opportunity.

Santa Fe had only been together a few days when Garth got them booked on a local morning show, A.M. Oklahoma. During the appearance, the band covered Charlie Daniels’ ‘Drinking My Baby Goodbye’ and George Strait’s ‘Nobody In His Right Mind.’ Santa Fe began to gain steam and as their popularity grew, so did Garth Brooks’ name.

Many years after his initial appearance on A.M. Oklahoma, the now multi-platinum selling artist was a guest on the Tonight Show with Jay Leno. Leno surprised Garth with footage of that fateful morning in 1986 when he and his hand-picked band, Santa Fe, started making history.

Donning a mustache Tom Selleck would be jealous of, Garth Brooks was an impressive performer even then. Check out the video of Jay Leno surprising Garth Brooks with rare footage from A.M. Oklahoma below.