By Manly Bryant on December 12, 2015
Advertisement 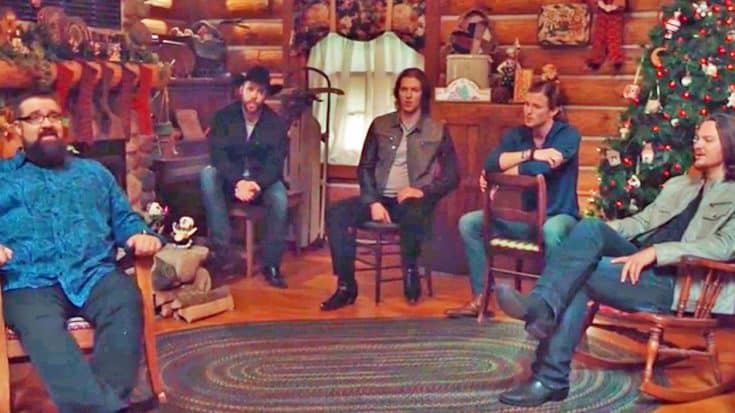 One of our favorite country groups is none other than vocal band Home Free. Their raw talent and smooth harmonies are unmatched in the genre. Another reason we love Home Free is that these guys are real. The live, eat, and breathe music, arrangements, and their fans – aptly called Home Fries.

Following their 2013 win of NBC’s The Sing Off, the group hit the road and hasn’t slowed down since. Their dedication has won them fans all over the country and has even brought some big opportunities their way. This past summer Home Free made their Grand Ole Opry debut. Shortly after, the guys collaborated with The Oak Ridge Boys for a rousing a cappella rendition of ‘Elvira,’ and Kenny Rogers asked the group to join him for a song on his new Christmas album.

As if that wasn’t enough, Home Free is heading overseas in January for their first international tour. But, as the group wraps up 2015, all five members will head back home to spend some quality time with their family and friends for the holidays. And, as a testament to their compassion and appreciation for their fans, Home Free has dedicated their latest music video to those who won’t be fortunate enough to spend the holidays with their loved ones.

Expect to be brought to tears while watching the video for Home Free’s ‘I’ll Be Home For Christmas.’ One of the most beautiful and touching covers we’ve ever heard is made even more emotional as footage of reunions between American soldiers and their families is shown. At the end of the video, bass singer Tim Foust says a special thank you to members of the military who can’t be home for the holidays.

Watch Home Free perform ‘I’ll Be Home For Christmas’ in the video below.