Airman With A Beautiful Voice Charms With George Strait Hit 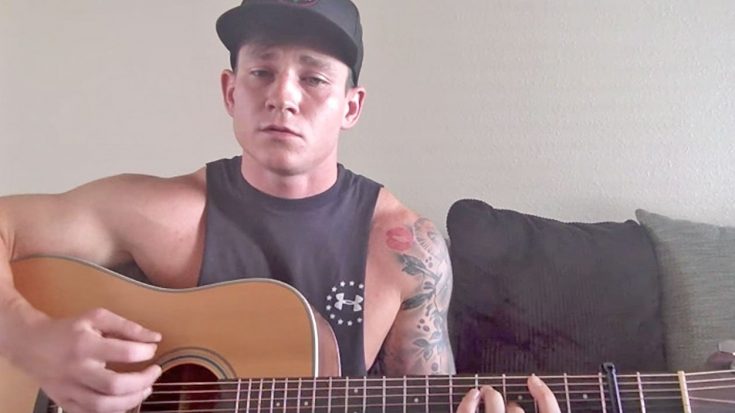 Out of the countless George Strait covers out there, one done by a certain military man is a definite standout. An Airman with a beautiful voice charms with a pure country cover of Strait’s “You Look So Good In Love.”

Armed with an acoustic guitar, the heroic singer by the name of Cody Fox breaks hearts with a stunning rendition of The King of Country’s melancholy ballad. The Texas-native’s deep vocals possess a similar pure country nature associated with Strait’s sultry voice, his accent ringing through in his delivery of Strait’s ’80s hit.

Via his social media accounts, Fox has a knack for melting hearts through his masterful covers of both modern and classic country songs. Since joining back in 2011, Fox has accumulated upwards of 69,000 views on his YouTube channel.

“You Look So Good in Love” was released by Strait in 1983 as the lead single off his album, Right or Wrong. The song tells the story of a man watching an ex-lover fall in love with someone new, heartbroken that he was unable to make her happy.

You can watch Fox’s rendition of “You Look So Good in Love” below.