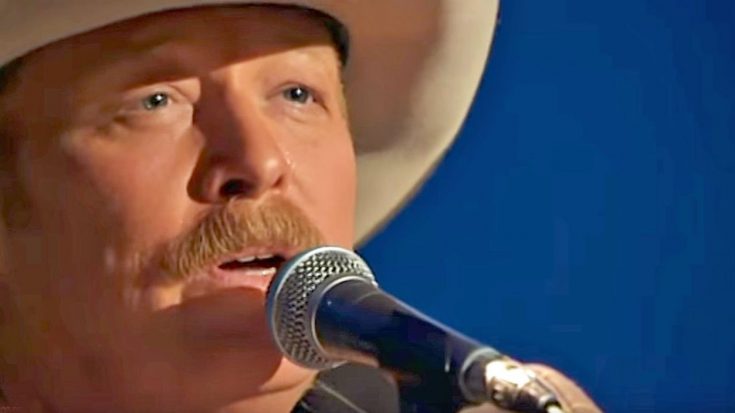 In 2006, Alan Jackson made his way into the gospel music community when he released his first gospel record. Titled Precious Memories, the album contained recordings of some of Jackson’s favorite hymns.

One of the hymns that Jackson recorded for the album was “What a Friend We Have in Jesus.” The song has been around for centuries, and was originally written in 1855 by Irish poet Joseph M. Scriven. He wrote the poem for his mother, who was living in Ireland while he was away in Canada.

When Scriven published the poem, he did so anonymously. Therefore, he never received full credit for it until the 1880s. Before then, the poem was set to music by composer and attorney Charles Crozat Converse.

Over the years, “What a Friend We Have in Jesus” has become a staple of hymnals and a beloved favorite of gospel singers and everyday people alike.

A number of noteworthy performers recorded the song before and after it appeared on Jackson’s Precious Memories. Just a few of those artists include Brad Paisley, Ronnie Milsap, and Glen Campbell.

To go along with the material he recorded for Precious Memories, Jackson filmed a concert special at the Ryman Auditorium in Nashville. He performed a select number of tracks off of Precious Memories, and his performance of “What a Friend We Have in Jesus” made it on to the DVD.

You’ll instantly feel at ease as you listen to the soothing sound of Jackson’s voice on this classic hymn. There’s just something about this performance that makes it comforting to listen to and watch.

Tune in below to see Jackson pour his heart into his performance of “What a Friend We Have in Jesus.” We hope this song manages to bring a ray of sunshine into your day.