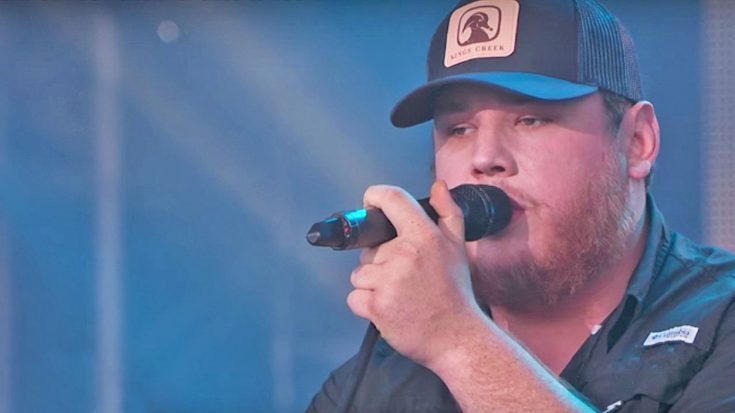 At approximately 10:08 p.m. Sunday (Oct. 1), a gunman opened fire on the attendees of Route 91 Harvest Music Festival in Las Vegas, Nevada during Jason Aldean‘s set. Since the attack, at least 59 people have been pronounced dead with over 500 declared injured, the senseless act named the deadliest mass shooting in modern American history.

One of the many country artists to take the stage the day that will surely go down in infamy, Luke Combs – just hours after witnessing the attack on the country music community – took the stage of the Jimmy Kimmel Show to pay tribute to those who lost their lives.

“I’m getting used to the radio playing without you singing along, but I’ll never get used to you being gone,” he sings in tribute of the victims of the shooting. Combs originally recorded “Used to You” for is 2016 EP This One’s for You, the song conveying the difficulty of getting used to a life without someone you loved in it.

In an interview NBC’s Today, the country singer described the moments leading up to the deadly incident. Combs went on to explain that even though he had played on the opposite side of the festival, he and fellow country singer Jake Owens had crossed the grounds to watch Aldean’s set.

“We were actually on stage when it happened, standing there with my manager,” he says during the phone interview.

Country star @LukeCombsMusic performed earlier in Vegas and was an eyewitness to the shooting. Here’s what he saw – https://t.co/1MKSwwOD8F

“It’s obviously disturbing to know that he was up there waiting for his opportunity,” says Combs. “But at the same time I don’t want to be scared or put any shows of mine on hold because I feel like that’s what this person wanted to happen. I feel like he wanted everybody to be scared and be afraid.”

Combs also explained that after the first gun shots were fired, he mistook the noise as pyrotechnics malfunctioning. After figuring out what was actually happening, Combs realized they only had moments to get to safety.

You can watch Combs’ emotionally-charged performance below.