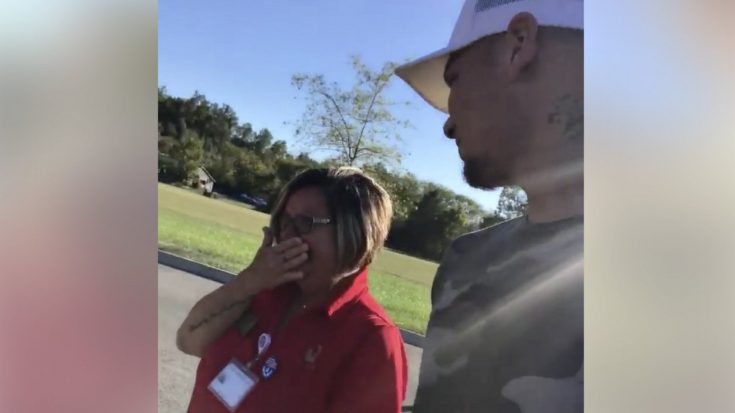 It’s no secret that rising country star Kane Brown has a story to tell. The soulful singer who got his start as a YouTube star has been candid about the struggles he’s faced in his life, and now he’s using his success to help repay the one person who has been with him through it all.

A self-described “poor kid,” Brown and his little brother were raised by a single mom and the three often lived in a car when they didn’t have a place to go. He also suffered child abuse at the hand of his step-father and was on the receiving end of racial slurs throughout high school. But, amidst all of the pain, there was one thing that helped Brown get through it….music.

After winning a high school talent contest with a Chris Young cover, Brown auditioned for Idol and the X-Factor, neither of which panned out for the star. Instead, Kane took his talent to YouTube where he amassed an incredible following. Kane’s persistence and his unconventional approach to the music business eventually paid off, earning him a record deal with RCA, a tour with Florida Georgia Line, and his first platinum single, “What If,” a duet with high school friend Lauren Alaina.

Now Kane is using his success to help repay the woman who has been with him every step of the way….his mom. In a video posted to Facebook Tuesday (October 3), Brown shows up at his mom’s workplace and walks her to the parking lot.

“So, my mom’s had a pretty crappy birthday. What happened mom?” Kane asked. His mom replied that she was scared about him, referencing the fact that Kane had been on stage at the Route 91 Harvest Festival just four hours before the deadly shooting rampage in Las Vegas. Kane’s mom added that her car had also been repoed.

Brown then told his mom, “Look what you got!” as he led her to a new car. Her reaction was priceless as she cried and laughed before taking the keys from her son.

Watch the touching scene unfold in the video below.