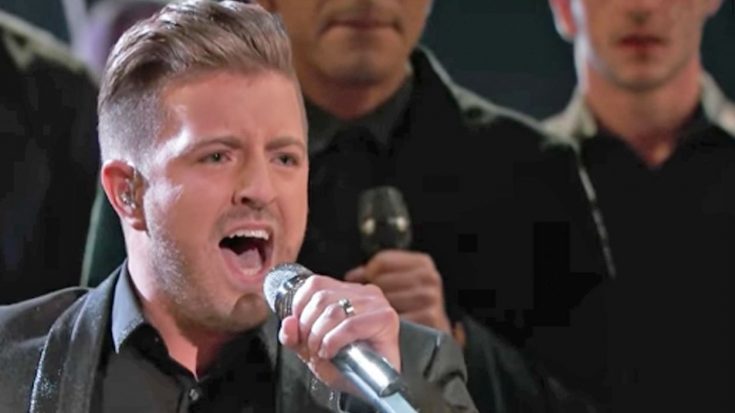 After this performance, Voice frontrunner Billy Gilman is well on his way to a spot in the finals. Week after week, he’s proved how strong a performer he is by singing in several different genres. He’s covered Martina McBride, Roy Orbison, Adele, Rachel Platten, Michael Jackson, Queen, and now, Céline Dion.

For his semifinal performance, Gilman brought out all the stops while singing Dion’s 2002 hit “I Surrender”. Beginning the song standing under a gorgeous chandelier, the stage was set with a foggy floor and dark lighting.

As the song grows more intense, the stage lighting gets lighter and at the climax of the song, the backdrop drops, revealing a choir and full band behind him.

Fans have been saying since day one that Gilman has the competition in the bag, and if he continues to deliver performances like this one, we’d have to agree!

Watch the chilling performance below.