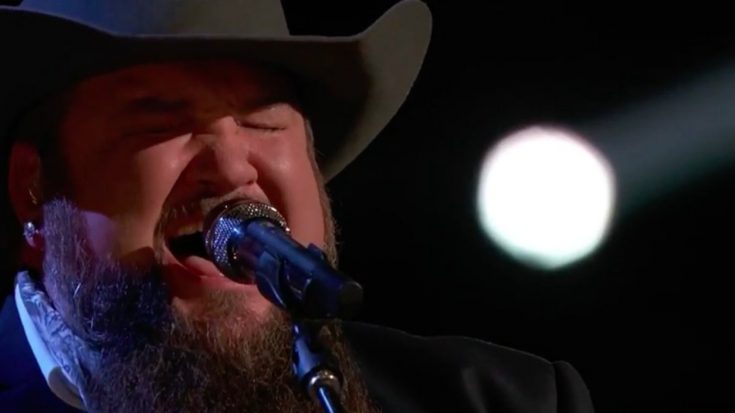 As the only remaining member of Team Blake, Sundance Head is pulling out all the stops in an attempt to make it to next week’s Season 11 finals on The Voice.

During Monday night’s episode of The Voice, the bearded country singer delivered the most beautiful performance of his career with a stunning rendition of the Judds’ “Love Can Build A Bridge.” Backed by a choir, Sundance didn’t hold back with his remarkable vocals and earned a standing ovation from the audience and the judges.

“This could not have been better,” his coach Blake Shelton remarked. “Every week you come out here and blow people away. You have so much passion when you sing and coupled with so much talent that you were born with.”

Wynonna Judd, one half of the legendary mother-daughter duo The Judds, called Head to offer a word of encouragement to the singer. “Just be you,” Judd said.

Even though Sundance Head is the last member of Blake Shelton’s team, the coach is confident that his protege can win it all.

“I couldn’t feel better about our chances of winning this thing,” Shelton said during rehearsal. “Sundance is an incredible singer. More than anything, he has a special way of getting to your heart.”

Tuesday night, four of the eight remaining competitors will be sent home, leaving the other half to compete in next week’s finals. Watch Sundance Head’s Voice performance below and let us know if you think we’ll be seeing him in The Voice Season 11 finals.