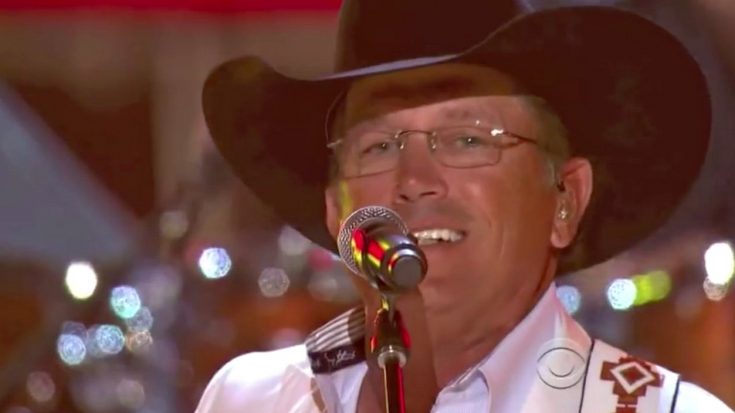 It was a sad day for country music when legendary duo Brooks & Dunn announced their retirement. It was August of 2009 when Kix Brooks and Ronnie Dunn announced the end of their epic run as one of the genre’s most successful duos.

In honor of their illustrious 20-year career, 16 of country’s biggest stars came together to salute Brooks & Dunn with the taping of “ACM Presents: Brooks & Dunn – The Last Rodeo” at the MGM Grand in Las Vegas.

Stars like Taylor Swift, Faith Hill, Brad Paisley, Miranda Lambert, and Carrie Underwood took the stage to cover some of their favorite Brooks & Dunn hits. But, it was George Strait who brought the crowd to their feet even before he started singing.

King George, a self-professed fan of Brooks & Dunn, sang none other than their biggest hit, “Boot Scootin’ Boogie.” Strait’s out of this world performance took the spotlight off of the guests of honor, if just for a few minutes, as he nailed the toe-tapping tune.

Check out the video of George Strait’s cover of “Boot Scootin’ Boogie” below and just try to keep from dancing!