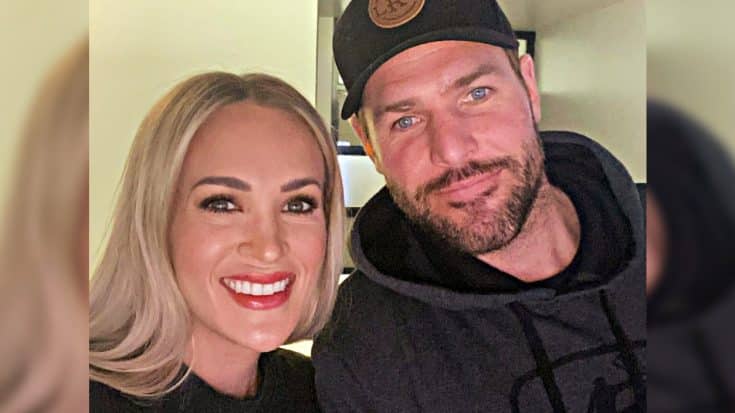 He’s a fiercely competitive professional ice hockey player, she’s one of country music’s most powerful vocalists, and together they’re the powerhouse couple America just can’t get enough of. So how did Nashville Predators player Mike Fisher come to meet international superstar Carrie Underwood? Turns out he was a big fan of her music!

Attending one of Underwood’s concerts back in 2008, the two became acquainted at a meet and greet back in October of 2008, not going on their official first date until New Year’s Eve. The Canadian native proposed to Underwood in late December 2009 at home surrounded by close friends and family according to Nash Country Daily.

Generally very hush-hush about their relationship, the engagement was confirmed by Underwood’s publicist the following day, stating, “I’m happy to confirm that Carrie Underwood is engaged to Mike Fisher, and the couple couldn’t be happier. No wedding date has been set at this time.”

They wed in Greensboro, Georgia in July of 2010 before honeymooning in the picturesque country of Tahiti. So what was it that drew the Oklahoma native to her athlete husband? Their shared passionate relationship with God.

“First, it would be someone who loves God and puts God first,” she explains “Somebody who would put me second, and I’d be a very high priority. And they’d be willing to compromise. I have a crazy life and a crazy schedule. Just somebody who would protect me and always be here for me and listen to me. And, hopefully, I’d do all those things for him, too. Just somebody you know your kid’s safe with. Would never do anything bad, never do anything to hurt your daughter, never do anything to make her or him look bad or immoral. You just know your daughter’s safe.”

They are both extremely devout Christians, he even gave her the idea for her moving country ballad “Temporary Home” while reading A Purpose Driven Life (one of the best-selling devotional guides) together.

While her husband may never duet with his country singing wife, Underwood made him a part of her 2009 album, Carnival Ride, writing a moving dedication to Fisher in the album sleeve:

“Thank you (No.) 12 (Fisher’s jersey number.) You are the most amazing addition to my life! You are such a wonderful person and have had such an amazing hand in the building of this album and in the growth of me as a person. I love you so much! You make my life better in every way!”

Fisher and Underwood welcomed their son Isaiah into the world Feb. 27, 2015.