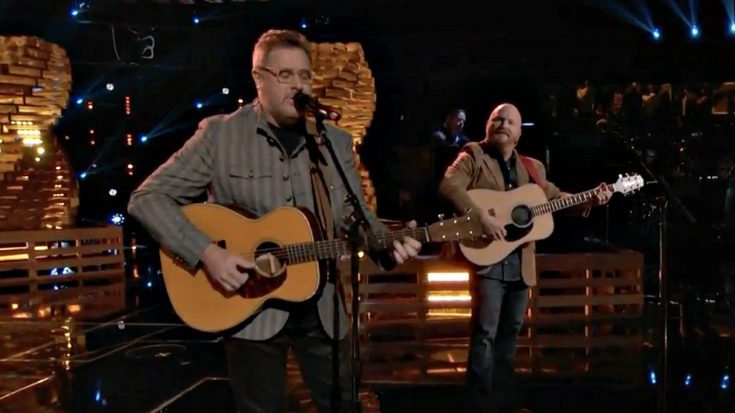 Season 13 of The Voice came to a close Tuesday night (December 19) after a star-studded and dramatic 2-night finale that included performances from some of music’s biggest names.

Country star Vince Gill was just one of the artists who took to the Voice stage to help bring this season to a close as he teamed up with lone country finalist, Team Blake’s Red Marlow. The two performed Gill’s 1989 hit “When I Call Your Name” resulting in one of the best collaborations we’ve seen all season.

Marlow was considered to be an underdog for most of season 13, but proved Tuesday night that he indeed deserved to be in the Top 4 along with his fellow Team Blake member (and eventual winner) Chloe Kohanski, Team Adam’s Addison Agen, and Brooke Simpson of Team Miley.

While Marlow may not have taken home the ultimate title, he definitely won for best performance of the night for his collaboration with Vince Gill. Check it out below and let us know what you think!