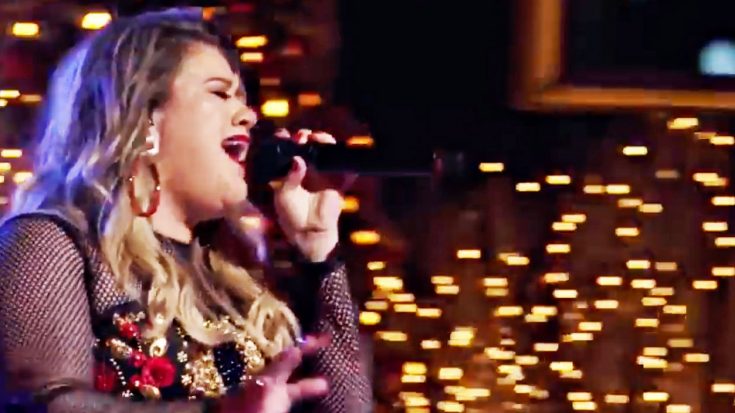 Joining the incredibly talented Josh Groban on stage for the 19th annual celebration of the holidays on CBS, this treasured songstress belts out her own Christmastime anthem – and the result is pure magic!

Kelly Clarkson teamed up once again with Groban for the 2017 installment of A Home For the Holidays, which featured a dazzling number of musical acts and performances that honored families whose lives have been changed through adoption.

Clarkson sang her own song, “Christmas Eve” which was released this year as the promotional single to accompany her new children’s book, River Rose and the Magical Christmas.

Moving across the stage with elegance and grace, her brilliant vocals are a resounding reminder of her unmatched talent and heartfelt joy for the Christmas season.

Watch Kelly Clarkson sing her amazing song, “Christmas Eve” in the video below.