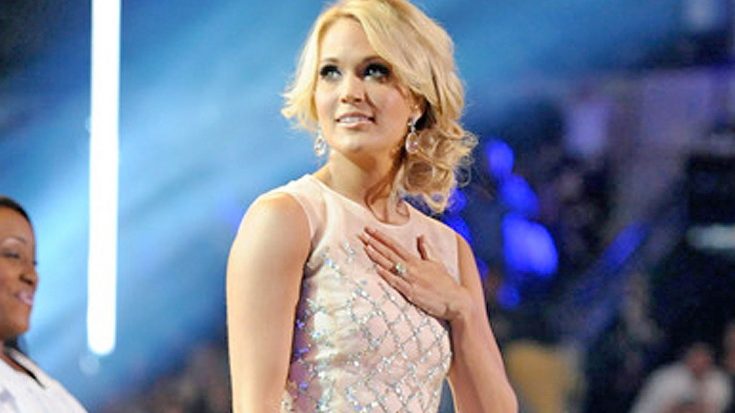 Carrie Underwood may be taking a break from the road, but she’s keeping as busy as ever being a wife to her hockey star husband, Mike Fisher, and their 2-year old son, Isaiah.

In a new photo posted to Instagram, the 33-year old Grammy winner shared a sweet moment captured between her husband and son. While Underwood often shares photos to social media, we rarely get to see little Isaiah’s face. That fact makes the new photo even more special.

In the picture, Fisher’s father is seen holding a jersey-clad Isaiah on the spectator side of the hockey rink glass. On the other side is Mike Fisher in full Nashville Predators hockey gear smiling at his son who is delighted with a hockey puck he was just given.

Not only is Isaiah adorable, and a mini-Mike Fisher, but he is obviously thrilled with the gift his daddy has given him.

These are the moments… @mfisher1212 giving a puck to the little man while Papa holds on tight. #blessed

Carrie Underwood and Mike Fisher married in July of 2010, five years after Carrie rose to superstardom by winning American Idol.