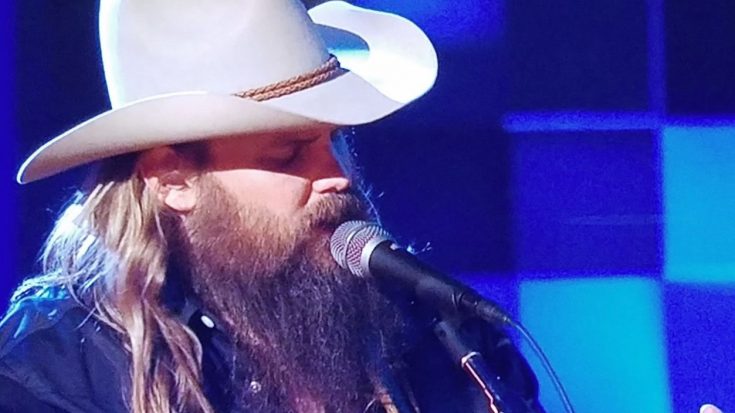 Returning to the hallowed stage where he swept almost every single category just a few short years ago, this beloved country music superstar and a man credited with “bringing back country,” stole the show with this unforgettable duet.

Singing his single, “Broken Halos” with his talented wife, Morgane, Chris Stapleton reminded everyone why he is constantly winning CMA Awards when he poured every bit of his soul into this raw and emotional song.

IT’S RAININ’ DOWN IN NASHVILLE … Chris Stapleton & wife Morgane “You Are My Sunshine” https://t.co/yBs8FZM5WB pic.twitter.com/bWk7BheXaU

The song is just one of many from his highly-anticipated sophomore double album, and continues his legacy of real, down-to-earth, traditional-styled country songs that he’s been dealing out since his smash hit debut album.

Chris Stapleton Plays on “Saturday Night Live” and Everyone Talked About His Wife Morgane https://t.co/mJ8lWA731L pic.twitter.com/sJwiObdf7Z

Already having earned a nomination in several categories during the 2017 CMA Awards, Stapleton showed off his powerhouse vocals and songwriting with this fan-favorite song.