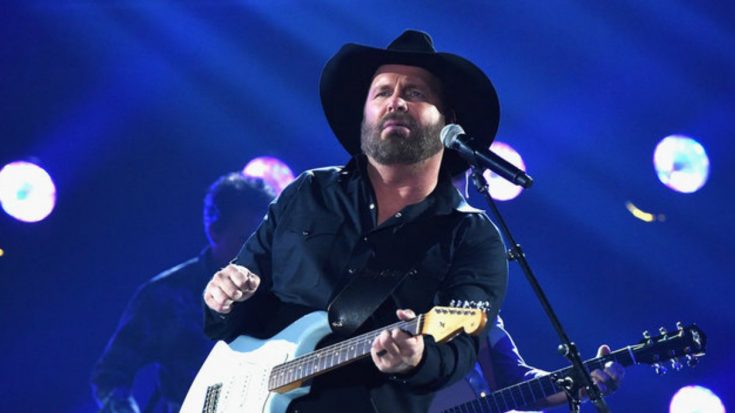 Garth Brooks was a hot topic on social media Wednesday night, and the reason why might surprise you.

Brooks earned his sixth Entertainer of the Year trophy at the 51st annual CMA Awards, but it was his performance during the live show that had everyone talking. Garth performed his latest single, “Ask Me How I Know,” but viewers immediately suspected that the singer was lip-synching.

Moments after winning the night’s biggest award, Brooks spoke to reporters and came clean, acknowledging that he did in fact lip-synch.

“We made a gametime call on whether to sing to a track or lip-sync,” Brooks said. “And we decided to lip-sync it.”

Brooks added that he was sick, and in the midst of 12 shows in 10 days.

“We decided to lip-sync it because my voice just isn’t going anywhere, and we wanted to represent country music the best we can.”

The confession drew criticism from viewers with many saying that the decision discredited Brooks and his Entertainer of the Year win.

Garth Brooks is lip syncing. Not what entertainers of the year do. #CMAawards

See clips of Garth’s CMA Awards show performance below and let us know what you think.

.@GarthBrooks brought heart and soul to the #CMAawards stage in this iconic performance! pic.twitter.com/8QLHxNIt2w