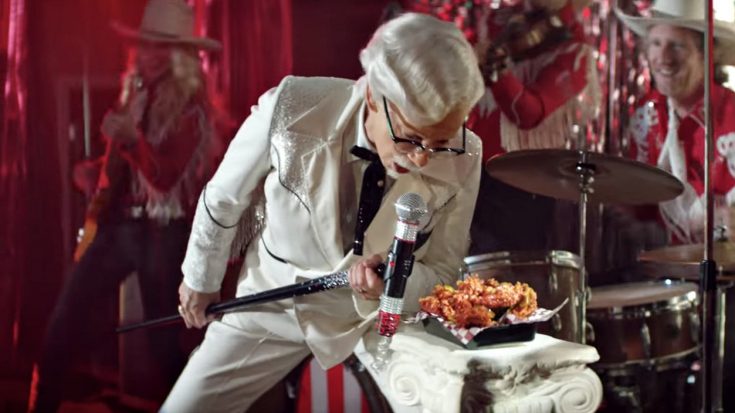 KFC revealed the new Colonel Sanders today and it was a history making event!

The iconic fried chicken company recruited none other than country megastar Reba McEntire. Reba’s role as Colonel Harland Sanders makes her the first world-renown musician and the first female to play the famous mascot.

McEntire appears in the new commercial for KFC’s new Smoky Mountain BBQ flavor dressed as Colonel Sanders (white wig, mustache and white fringed suit included) and shows off her well-known singing chops with a jingle that makes fun of her new role.

Multi-talented McEntire calls her new role her “most unique one yet” but considers herself a huge fan of the company.

“I grew up with Kentucky Fried Chicken. It’s part of my story, and I’m so excited to now be part of theirs,” said McEntire. “I’ve held a lot of roles in my life –sort of like the Colonel himself –but this is certainly the most unique one yet.”

Check out Reba McEntire as the infamous Colonel Sanders in the video below.