By Jennifer Pernicano on September 20, 2016
Advertisement 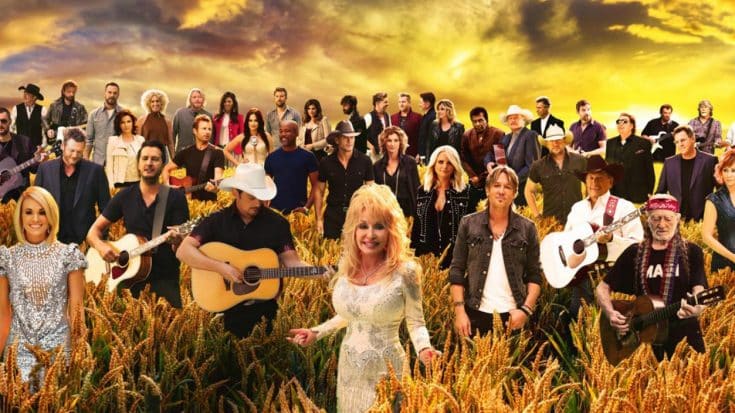 To celebrate the 50th Annual CMA Awards in 2016, the Country Music Association wanted to celebrate this monumental occasion in a way that has never been done before. They recruited 30 past CMA Award winners to perform an epic mashup of three of country music’s most beloved songs:

Willie Nelson’s “On The Road Again”

And Dolly Parton’s “I Will Always Love You”

Classic and modern country artists joined forces to deliver a chilling medley that has been viewed a whopping 38 million times on YouTube alone.

Clips of the artists involved were available online prior to the video’s anticipated release, but it was an impatient wait for the full video for fans. The video concept itself was a surprise to the artists involved as they taped their clips in front of a green screen.

“We don’t even know about the concept of the video itself other than, you know, there’s gonna be some stuff going on behind us,” Kix Brooks said, But [there is] a very talented director as well so we’ve all kind of got a big question mark hanging over our head right now…”

“The visual side of it is really what’s gonna be beautiful,” Vince Gill shared. “And everybody is excited to see what [director] Justin [Kahn] is gonna do with it.”

During an episode of Dancing With The Stars, fans got a sneak peek at the video with the full version premiering online shortly after. We must say…the wait was worth it!

Check out the video for “Forever Country” below and share with everyone you know!